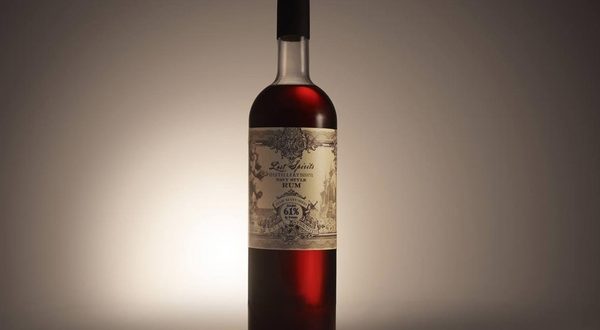 11 Places Around the Country to Celebrate National Rum Day

August 16 is National Rum Day and I’ve never wanted to celebrate with a cocktail in hand more than I do now. (Whiskey and tequila are so 2017, am I right?) The history-rich spirit was first distilled in the Caribbean in the 17th century—by slaves on sugar plantations—and fueled everyone from pirates and Navy sailors to Gatsby-era writers.

More than 300 years later, rum drinks live on in countless variations. Though the majority of rum production occurs in Latin America and the Caribbean, the U.S. is overrun with rum bars—from casual, kitschy tiki bars to sexy Cuban lounges with live music and, of course, dancing—where you can raise a glass on this holiday or any day you choose.

Below, a list that includes 11 of our favorites around the country.

Not just a bar, but also a museum and event space, Cubaocho in the heart of Little Havana, is home to one of the largest privately-owned Cuban art collections in the world. It also houses one of the most (maybe the most) extensive rum collections in Miami, with close to 500 bottles. Stop in for a classic mojito and some salsa dancing before venturing off to explore the rest of Little Havana on foot.

Inside Brooklyn’s Caracas Arepa Bar is Roneria Caracas, a Venezuelan rum bar featuring more than 30 sipping rums from the Caribbean Islands, Central America and South America—including 1796 Santa Teresa Solera, a Venezuelan rum and the first premium anejo rum in the world to be aged, like a sherry, in the solera method.

Order a Rum Manhattan here or a tasting flight ($30) that allows you to try one ounce each of the bar’s featured rums with orange slices, dark chocolate and coffee beans.

The City of Angels has got a lot of rum bars—almost too many to count—and this isn’t a bad thing. Visit Cuban spots like downtown L.A.’s Caña (with over 400 rums to choose from, the membership-only bar is so worth the $20 yearly fee) or La Descarga (the East Hollywood speakeasy with live music, burlesque dancers, a wide selection of rums and a creative cocktail menu requires reservations and formal-ish attire) for a fancier approach or a tiki bar (Tiki Ti, Tiki No and Tonga Hut are just a few) for a traditional Mai Tai or Painkiller. Don’t forget your Hawaiian shirt.

Off the Strip and the beaten path, Jammyland Cocktail Bar & Reggae Lounge is the first real rum shack in Las Vegas. Named after a famous New York record store, the new bar, which opened earlier this year, is just 15 minutes north of the glitz and glamour in Vegas’ Arts District. Grab a daiquiri and head to the patio; Jammyland isn’t just cool; it’s also dog-friendly.

Get your cameras—or iPhones — ready. Smuggler’s Cove is a James Beard award-winning pirate-themed bar that boasts over 550 types of rum, including rare and vintage varieties alongside exclusive, handcrafted rum made specifically for Smuggler’s Cove by distillers/blenders in California, Oregon, Europe and the Caribbean.

The three-story Hayes Valley bar offers rum flights categorized by style, island and country and it’s hit the tiki drink nail on the head. Once you enter, there’s no guarantee you’ll ever (want to) come out.

With 250+ rums, a 1950’s Cuba-inspired vibe and a collection of Hemingway books to peruse with cocktail in hand, Seattle’s Rumba has an extensive cocktail menu that includes daiquiris, punches, Mai Tais and more. Go for ‘A Scandal in Bohemia,’ why don’t you? This cocktail blends a mix of rums with cognac, yellow chartreuse, blackberry lemon, absinthe and bitters.

Consistently named one of the top tiki bars in the U.S., Hale Pele (which means “House of the Volcano Goddess”) in Portland pays homage to classic tiki bars (Don the Beachcomber, Trader Vic’s) by replicating their infamous cocktails. The Polynesian-style tropical escape is known for many of its drinks; I say try the Jet Pilot (originally made at Ft. Lauderdale’s Mai Kai)—a blend of aged rums, citrus, cinnamon and a sweet Falernum syrup. It’s on fire. Literally.