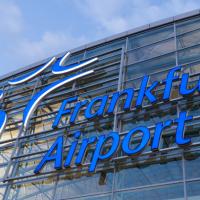 The number of aircraft movements rose by 7.3 percent to 46.648 takeoffs and landings. Accumulated maximum takeoff weights (MTOWs) expanded by 3.2 percent to about 2.8 million metric tons. Cargo traffic (airfreight + airmail) was the only category to post a decline, with 175,960 metric tons being handled at FRA (down 6.4 percent). This was attributable, among other things, to a reduced number of freighter aircraft operating from FRA and a decreased amount of belly freight being shipped on passenger aircraft (due to higher passenger numbers).