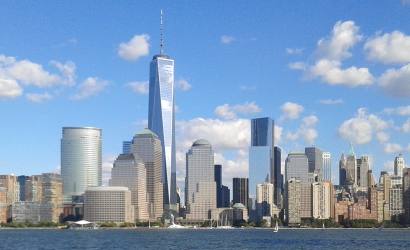 NYC & Company has kicked off its most expansive global tourism marketing campaign to date.

The refreshed ‘Famous Original New York City’ initiative is valued at approximately $20 million and will reach 22 global markets including, for the first time ever, Ireland and Singapore.

This promotional effort reinforces New York City’s incomparable welcoming spirit with the iconic Statue of Liberty depicted in original in-house creative that has a distinct and diversified new look and feel.

The news comes as New York looks to welcome a record 13.9 million international visitors in 2019.

“As we round out what is set to be another record-breaking year for tourism, we invite visitors from around the globe to discover their own Famous Original New York City.”

NYC & Company has strategically partnered with tour operators and airlines to offer packages and flight-only deals driving visitation in the first quarter of 2020.

In addition to out-of-home media through an ongoing in-kind partnership with media provider JC Decaux, digital, partner-owned, and paid promotion contribute to an approximate campaign value of $20 million.

This week in the United Kingdom, the city’s leading source of international visitation, digital out-of-home advertisements rolled out in collaboration with British Airways.

The redesigned campaign continues to promote the tagline “Welcomes You. Always.” and presents travel partners with several colourful iterations from which to choose, with further design executions featuring other uniquely-NYC imagery still expected to come.

New to this year’s initiative is a toolkit that will be given to all partners, designed to empower them to promote New York City in a visually cohesive way and an editorial voice that is aligned with “Famous Original New York City.”