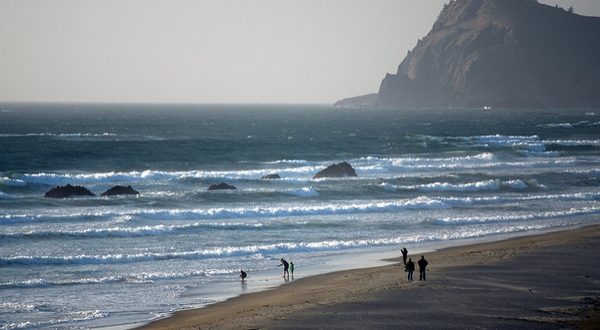 Labor Day signals the unofficial end of summer and thus the time to start planning fall travel if you haven’t already.

Travelers looking to stretch their dollar the furthest this upcoming autumn should consider a vacation rental.

After all, TripAdvisor Rentals has done the math and discovered nearly two dozen U.S. cities where travelers can land a two-bedroom property for four, all for less than $60 per person per night. Florida and California feature prominently on the list, boast ing seven of the 20 most budget-friendly destinations between September and November.

Davenport and St. Petersburg are among the two cheapest fall destinations based on TripAdvisor’s research. The former is located just outside of Orlando while the latter is situated along Tampa Bay just a short drive from some of the Sunshine State’s top beaches.

The median weekly rate for a two-bedroom vacation rental with occupancy for four between September and November in Davenport and St. Petersburg is $23 and $28 per person per night, respectively. Nearby Sarasota and Panama City Beach, Florida aren’t too far behind with median nightly rates coming in at $35 and $40 per person for a group of four.

Chincoteague Island, Virginia is the best bargain for the upcoming fall. A two-bedroom rental on the East Coast’s home to wild ponies can be had for a median weekly rate of just $596 or $21 per person per night.

The Southwest is also on sale this fall. Vacationers can book a two-bedroom vacation rental in Tucson, Arizona or Angel Fire, New Mexico for less than $25 per person per night.

Wells, Maine ($36) is the best deal in the Northeast but the Southeast is also home to some low fall rates. Myrtle Beach, South Carolina; Savannah, Georgia; and Nashville, Tennessee range from $29 to $59 per person per night for a two-bedroom TripAdvisor rental.

The Western U.S. is also home to some unbeatable autumn prices: Lincoln City, Oregon ($34); South Padre Island, Texas ($34); Bozeman, Montana ($48); and Breckenridge, Colorado ($53) are among the most underrated fall destinations. Visitors to Breckenridge can also save while they kick off the 2017-18 ski season.

Even farther west, Pahoa, Hawaii ($28) and Anchorage, Alaska ($37) are the two most affordable fall destinations outside of the mainland U.S.

Click here to view the TripAdvisor Rentals pricing heat map, which breaks down the median weekly rates for two-bedroom properties from now through October.

Previous Nominations now open for the Visitor Information Centres’ AMMY Awards
Next Rick Steves: London will knock your socks off