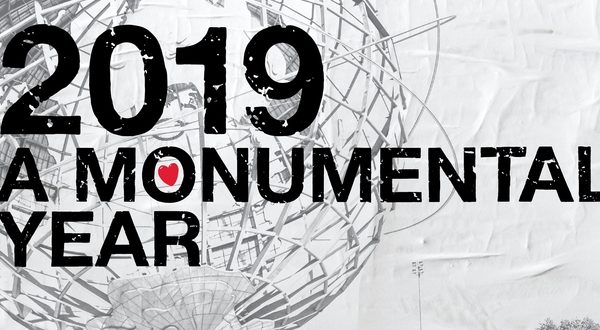 2019 To Be a Monumental Year for New York City

The city that never sleeps isn’t resting on its laurels, because New York City has big plans for 2019 and beyond.

At IPW 2018, NYC & Company unveiled their thoughts for 2019 in the city with transformational projects that won’t simply bring more tourists to New York City, but will reshape the city itself along with the experiences tourists aspire to when planning trips.

Fred Dixon, President and CEO of NYC and Company began by highlighting some amazing tourism numbers. The city welcomed 62.8 million visitors in 2017—the City’s eighth consecutive year for record-breaking tourism—with 49.7 million domestic and 13.1 million international visitors. In 2018, the destination is expected to welcome 65.1 million visitors.

Yet, as Dixon continued, it was clear that, as Frank Sinatra sang, the best is yet to come.

“With blockbuster openings, historic anniversaries and big events, 2019 will be a monumental year for New York City,” said Dixon.

“Tourism is now a major driver of the local New York City economy and the fastest growing source of new jobs. This is made possible by a record $45 billion in visitor spending and $65 billion in economic impact—reinforcing the City’s position as the largest tourism economy in the US—as well as the country’s number one international destination. We are proud to be back at IPW for its 50th anniversary to showcase why a visit to New York City in 2019 should be at the top of everyone’s list.”

With all of these new visitors, more rooms are always needed, and Dixon loves pointing out that not only is New York City adding hotel rooms, but they’re adding a number equivalent to San Francisco’s entire hotel room inventory. Some of the spaces include the historic and beautiful TWA Hotel at JFK airport, the first Six Senses in North America, the Westin New York Staten Island, and the brand new Equinox brand.

In terms of major developments, Dixon highlighted that the Museum for Modern Art is adding 52,000 sq. feet (a 30% increase in space), a Statue of Liberty Museum is opening with three new gallery spaces, the Lehman Center for the Performing Arts in the Bronx is similarly undergoing a massive expansion.

In retail news, the biggest story in the city for 2019 is Hudson Yards, a mixed-use space which is the largest development in United States history and will feature—among so many other exciting new things—the city’s first Neiman Marcus.

In addition to all of that retail alongside residential spaces and highly sought-after office space, Hudson Yards will also host The Shed, which is a multi-disciplinary arts center opening in Spring 2019. According to Jeff Levine, Chief Marketing and Communications Officer at The Shed.

The city is also boasting its growing Seaport District NYC, which features one-of-a-kind dining, events and culture. The city is also getting another huge shopping boost with an Empire Outlets in Staten Islands’ Destination St. George. Dixon also took time to highlight the city’s first Nordstrom’s which is opening both men’s and women’s stores, the former of which he noted is far too close to his office.

For events, the main highlight is World Pride, which is coming to New York in 2019 to celebrate the 50th anniversary of the Stonewall Riots, which marked the beginning of the modern Pride movement. Three million visitors are expected for the event.

“New York City is, in our opinion, the greatest sports destination in the country,” said Dixon, while pausing to acknowledge the many sports partners that made the trip to IPW with NYC & Company. The biggest sporting event in New York City in 2019 will be WrestleMania 35 with its corresponding WrestleMania Week

Immediately prior to the press conference, NYC & Company also hosted its seventh-consecutive IPW Luncheon, NYC Center Stage, in conjunction with Broadway Inbound. The event showcased live performances from Come From Away, Wicked, Escape to Margaritaville, Dear Evan Hansen and Phantom of the Opera—the last of which is celebrating its 30th anniversary.