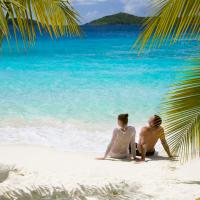 More Americans staying in the U.S. for their vacations; Millennials seek new types of accommodations

NEW YORK and SAN DIEGO – Generali Global Assistance‘s Travel Insurance division released its annual survey findings on vacation plans for U.S. travelers. The survey found that more U.S. travelers will be packing a bag and heading out on a summer vacation – 68% up from 61% in 2016. Americans were tied with Brazilians as the most likely to travel, ahead of the Chinese (67%) and Europeans (64%).

This year, budgets for U.S travelers declined modestly by one percentage point to $2,643, while average trip duration increased modestly to 1.5 weeks. Nearly half (46%) of U.S. travelers will book their trip at least 4 months in advance.

Commenting on today’s news, Chris Carnicelli, CEO of Generali Global Assistance said, “After a significant dip in 2016, summer travel has rebounded over the past two years. With budgets remaining relatively flat, unsurprisingly 46% of vacationers will stay within the U.S. this year, up five percentage points from 2017. Of the preferred foreign destinations for U.S. travelers, Canada was the top, followed by Mexico – with the Bahamas, Italy, and France locked in a three-way tie for third place.”

Beaches and cities once again topped the list for U.S. travelers in terms of preferred location. As for preferred activities while on vacation, for Americans:

Americans are also more likely to stay connected to social media with only 40% saying they will use it less than usual, compared to:

Hotels remain the most used form of accommodation this summer at 55%, down slightly from last year (57%). But new forms of lodging are on the rise, especially with Millennials:

The top three decision-making factors for where U.S. travelers will stay are:

For Americans, Paris and London topped the list of cities they would most like to visit at least once. Europeans would most like to visit New York and both the Brazilians and Chinese have Paris atop their wish list. The 2020 Summer Olympic Games in Tokyo was the most attractive sporting event to attend, followed by the Super Bowl and the U.S. Open (tennis).