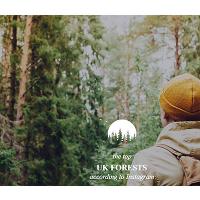 A recent poll by luxury holiday park operator, Away Resorts, has found that as many as 30% of people have visited a location just to take an Instagram photo.

Respondents were also asked if they had been influenced by someone else’s social media post to visit somewhere, with 53% admitting they have.

It was the younger generation who said they were influenced by other people’s social posts the most, with 50% being from the 25-34 age group. The results highlight that “social proof” from peers is an influential factor in domestic tourism, especially for millennials.

The poll also suggests that a tourist spot’s “instagrammable” appeal is becoming an important feature to entice visitors and that sharing photos and online check ins on social media are now becoming a staple of the Great British day out. Paula Hicks, Away Resorts’ ECRM and Social Media Manager, said:

“With 6 holidays parks in fantastically instagrammable locations across the UK, we encourage our guests to share their holiday snaps with us on Instagram and Facebook and regularly run competitions for the best user generated photo. We love to re-post user generated content as it shows future guests what an Away Resorts holiday is all about. We’re thankful that our guests share their ‘world away’ with us, on our parks and social media”.

Rural and countryside are top day trip destinations
Away Resorts recently compiled data on the most ‘instagrammed’ forests in the UK, which pinned The New Forest as the most popular woodland area with over 430,500 hashtags included in photos taken there.

The poll confirmed that green spaces are still a favourite day trip destination and social media backdrop, with 43% of participants saying they go to rural, countryside locations the most for their day trips. This was followed by 40% saying they visit cities and only 17% saying they head to the beach.