Breaking News
Home / World Tourism / 31% of travellers have booked travel through a home-based agent; up 7% in 3 years 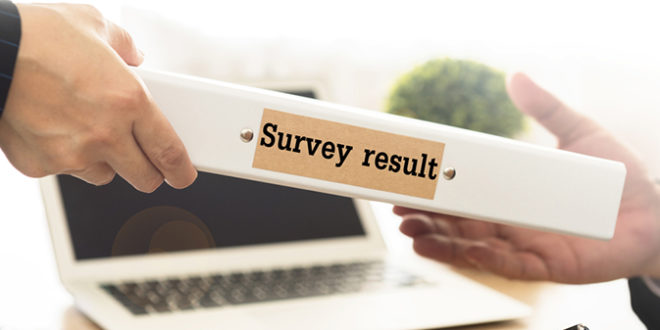 31% of travellers have booked travel through a home-based agent; up 7% in 3 years

The consumer edition of the latest Ultimate Travel Survey shows that 31% of Canadian consumers have booked a trip using a home-based agent. That’s up from 24% in 2013. Nearly 69% admitted to never having booked with them before, which at first glance may seem discouraging, but to some industry insiders it’s actually quite hopeful.

“Based on all best estimates, 25-30% of all travel agents are now home-based agents or independent consultants. So the number of 31% having booked with a home-based travel agent actually makes total sense,” says Flemming Friisdahl, Founder of The Travel Agent Next Door.

Added Mike Foster, President of Nexion Canada: “Going home based has really picked up steam over the last five years. This means that perhaps the last time a traveller booked a trip, that agent was probably in an office. If they call today, there’s a good chance the agent is actually working from home, either as an employee of an agency or as an independent contractor. It just may not be obvious to the client.”

Foster also notes that Millennials are becoming more accustomed to the idea of “people working wherever, whenever”, but that many older people find comfort in a travel professional having a physical office. “It can make them seem more legitimate,” he says.

The Ultimate Travel Survey, Consumer Edition offers a look at the booking trends and travel concerns of 8,258 consumers across the country. Here are a few more key findings from the survey:

Life on the beach is still favoured among respondents, with 78% choosing Sun & Beach as their top vacation choice, compared to just 5% who favoured big city getaways. Many respondents (45%) are taking the same number of traditional all-inclusive vacations compared to five years ago, while even more encouraging is the fact that 87% said they have not cut back on or altered travel plans in the past year due to fear of terror attacks. This is particularly surprising considering the turbulent year in travel we’ve had.

More than half of respondents (52%) said they book vacations within three months of departure date, while 21% book within six months. In comparison, a paltry 2.5% are last-minute travellers who book within seven days of departure. Though no reason was listed as to why travellers are booking this far in advance, suppliers have certainly played a part in ensuring early bookings with early booking bonuses (EBBs).

On the value of EBBs, Wolf Paunic, president of Trafalgar Canada, said: “They are the best deal available to consumers, plus they offer the best selection of dates. EBBs also allow tour operators to manage capacity and ensure operation of practically all departures. Trafalgar is close to operating almost 90% of departures, which is an outstanding position this early in the calendar year.”

From a consumer’s perspective, taking advantage of an early booking bonus means they’re guaranteed to get what they want, including date of departure, hotel, room category and flights. Although booking last minute can lead to great travel deals, it can also mean having to sacrifice on quality.

“We’re not the discounters who have better pricing as time goes on. You’re getting the best deal from the advanced booking,” says Doug Patterson, President of Collette Canada. “We can assure our guests and the agents who book them that someone who books three days before departure isn’t going to get the better deal. We just don’t play in the discounting space.”

There’s no question that all-inclusive vacations offer incredible value. With their all-in-one pay structure, they’re able to offer consumers more bang for their buck and eliminate the hassle of nickel and diming for perks and bonuses. Not surprisingly then, 74% of respondents said all-inclusive resorts is the better deal compared to cruises, which only brought in 4% of the votes. But is this really a fair assessment?

According to Christine Chiang, VP of Sales and Marketing, Canada for Celestyal Cruises, all-inclusive resorts have been around for a lot longer than all-inclusive cruises, which is why many travellers are under the impression that the former is the best way to go. “To change this perception,” she says, “the differences between the two products need to be better communicated across the industry.”

Price points for an all-inclusive resort, she adds, may be less expensive, but the quality and value of an all-inclusive cruise cannot be ignored. “You visit diverse ports of call and the entertainment onboard is performed by professional entertainers. In some destinations like Cuba, the food quality and menu selections are much better on a cruise than at a resort.”

Of the respondents who said they have never used a travel agency, 58% said it’s because they believe the Internet offers a better deal and is more convenient. This is the uphill battle for many travel agents in the era of online travel agencies and mobile travel apps, a relatively new phenomenon that essentially turns every user into their own travel agent. But according to Foster, comparing agents and OTAs is like comparing apples and oranges.

“When someone says to me, ‘I booked online and didn’t use a travel agent’, I want to say, ‘Yes, you did! But you didn’t get the benefit of an expert’,” he says. “I’d compare it to deciding to go to a restaurant and then cooking your own food there. Yes, you’ve gone out to eat, but was it a good experience? Did you spend your money wisely? That’s where a travel professional makes all the difference.”

Finding a work-life balance can be a real juggling act and no one knows that better than working moms with young kids. So maybe it’s no surprise that Regina, SK-based travel agent Carrie Anne …