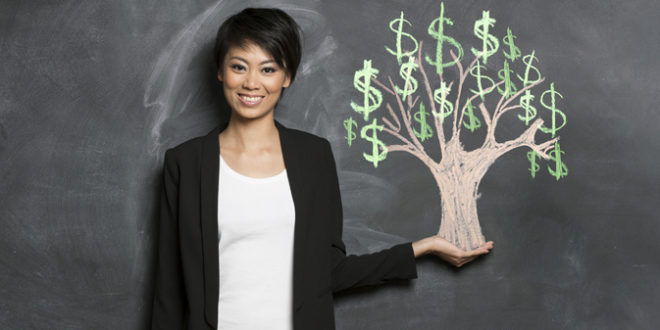 TORONTO — More than half of travel agents say their sales are up and 60% of agencies are reporting gross sales revenue of $500,000 or more. Nine out of 10 agents say they’re optimistic about the future of the retail travel industry. More stats are available in Travelweek’s recently released Ultimate Travel Survey, which gathered insights and feedback from more than 425 travel agents across Canada.

The survey offers a snapshot of a travel industry that’s seen a few ups and downs over the years and won’t be deterred by setbacks.

Many agents have made the jump to specialized and niche sales and thrived. About 75% of Ultimate Travel Survey respondents say they sell group travel. Asked if Group sales are more resilient than FIT, especially in tough years like 2016, Wendi Gladstone, who heads up the groups department at Battlefield Travel in Stoney Creek, ON, says it depends on the clientele and repeat business. Gladstone has been booking groups for some 20 years. She says 2016 was “steady. I handle about eight groups a year. We constantly make the profit we want. We have a huge repeat business and it will carry us through pretty much anything.”

Gladstone works closely with a small group of preferred tour operator partners including Tourcan Vacations. She recently branched out to wine tours to destinations including South Africa, Chile and Argentina. Gladstone says she designs her groups around the principle that “everyone in every group I arrange feels like they are on a personal holiday designed just for them.”

Group business is profitable, but as Gladstone points out, “when you do a custom group, as 80% of mine are, you earn every penny!”

Many group bookings end up on cruise ships and certainly the cruise niche – if such a big market can be considered a niche – continues to grow with some 83% of UTS respondents indicating they sell cruise product. Weddings and honeymoons are also big (65%), along with luxury travel (70%), FIT (71%) and adventure travel (56%).

Retailers are in a particularly good mood where the future of their industry is concerned. More than eight in 10 travel agents (88%) said they’re generally optimistic about the future of the retail travel industry. And when asked if they see themselves in the retail travel industry 10 years from now, 64% said yes. Of the one-third or so of agents who responded ‘no’, the majority (66%) said they’re leaving the industry to retire.

The high number of older travel agents retiring from the industry is an ongoing concern. Tony Santelli, CTC, Director of Students and a professor at College April-Fortier in Montreal, knows the situation first-hand – he’s planning retirement himself, in the next five to 10 years. Where are the new recruits? College April-Fortier is a career college, preparing students for work on both the retail and supplier side. “The opportunities are plentiful for young talent to evolve towards those leadership positions. And we are certainly doing our part in preparing them to replace those retiring,” says Santelli.

For the last 14 years the tourism college been emphasizing specialty and niche travel, “since we saw the writing on the wall way back”, says Santelli. “We are seeing many agencies beginning to specialize and our students are well-prepared and well-positioned to work in these ‘specialty’ stores.”

At the agency level, Santelli says he doesn’t see agency owners planning their retirement carefully. “There seems to be a lack of mentoring in our industry. We simply don’t hear too many stories of owners selling the business to their loyal employees.”

And he adds that while he suspects there will be fewer brick-and-mortar shops in the future, “the need for competent travel counsellors in tune with today’s technology will always be in high demand.”

For years there was no budging brochures as the mainstay marketing tool in the travel industry. Bundles of winter sun brochures arrived with a thud on retailers’ doorsteps each August and clients snapped them up. And then along came the Internet and email and many suppliers developed downloadable brochures, e-brochures or (in some cases) got rid of brochures all together.

Meanwhile agents knew that all those ‘outdated’ books on the brochure racks were worth their weight in gold when it came to pitching vacation ideas to clients. And now we’ve come full-circle with some suppliers pouring untold resources into beautiful high-end brochures, and other offering a mix of traditional brochures and e-brochures. And everyone’s marketing via social media. In this year’s Ultimate Travel Survey, 41% of agents said the brochure reigns supreme in their agency. One in five (20%) said supplier websites are their go-to marketing tool, 24% said email marketing and 15% said social media marketing.

Tauck recently introduced an e-brochure aimed at kids and teens. Isn’t that the demographic that’s most hooked into social media? Perhaps, but Tauck is counting on kids having fun with its interactive e-book – designed and written to appeal to younger travellers, with bright graphics, bold layout, casual fonts, and playfully-worded text, and focused on Tauck Bridges trips grouped by interest, rather than by geography, from ‘Animal Encounters’ (itineraries in Africa, Latin America and Alaska where wildlife features prominently), to ‘Natural Wonders’ (trips noted for their amazing outdoor landscapes and adventures) and ‘Landmark Sites’ (journeys to cultural icons in Europe).

“Tauck’s use of print brochures has stayed quite consistent, and they continue to be a vital part of our marketing mix and a resource that our guests and agents use and appreciate,” said Katharine Bonner, Tauck’s Senior VP of Marketing. “In recent years we’ve supplemented (but never replaced) print brochures with e-brochures for customers who either want information immediately or simply prefer to receive it in a digital format.”

Close to half of agents in this year’s Ultimate Travel Survey say they book 76% or more of their business directly with suppliers. And almost four in 10 agents make 76%+ of their leisure bookings with preferred suppliers. Not surprisingly, higher commissions were the top reason (67%) agents cited for selling preferred suppliers. Agents were also happy with the service they receive from preferred suppliers (56%) and pricing (47%). Preferred supplier mandates from head office / management play a role too (38%), as does consumer preference (19%).

“If all the suppliers with that retailer are preferred then, simply, nobody is preferred. This also takes away from the training,” says Friisdahl. “An agent can only retain so much information.”

The Travel Agent Next Door retailers are still able to sell any supplier they want, “but when they sell preferred supplier they are financially reward with up to 100% of the commission going to the agent,” he adds.

Nine out of 10 travel advisers don’t want suppliers contacting their clients after a stay or trip to offer discounts for booking future travel directly with the suppliers, according to a DWHSA …