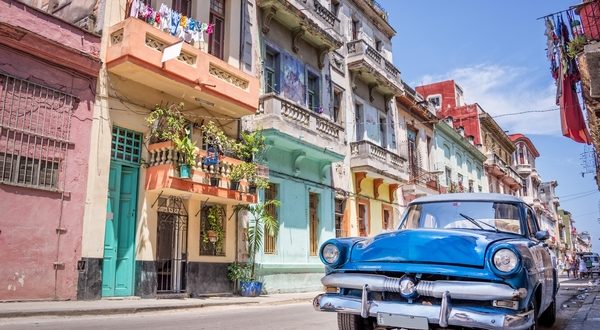 After taking a series of hits last year, including a difficult hurricane season, confusing messaging about the accessibility of travel to Cuba by Americans, and a strongly worded travel warning from the U.S. Department of State, Cuba reported that travel by Americans has declined.

Things already seemed gloomy last spring, when Spirit announced it would pull out of Cuba altogether, just four months after beginning service there. At the time, Spirit joined Frontier in canceling service to Cuba, while three other airlines announcedcutbackss to their Cuba service.

Confusion over whether Cuba is still open to Americans has sent travel industry execs scrambling to reassure their clients that Cuba is accessible and easier to visit than it has been for most of the past 50 years. More than 120 travel industry executives including tour operators, cruise operators, travel agencies, commercial airlines, Cuban hoteliers, tourism leaders and members of the media even hosted an historic summit in Havana to help clarify the realities of traveling to Cuba.

Under the hood, however, things aren’t quite as bleak as they seem. Cruise lines, for example, continue reporting a solid uptick in passengers booking Cuba itineraries. Between 2017 and 2019, cruise lines estimate they will bring more than a half million passengers to Cuba on nearly 350 sailings. Norwegian Cruise Line alone is adding nine new itineraries that include Cuba through 2019.

And U.S. carriers also remain positive on the future of air travel to Cuba.

The slots abandoned by Spirit and Frontier have been put up for bid by the U.S. Department of Transportation, with domestic carriers snapping up routes and expanding their routing as early as this July.

Southwest, for example, has just announced it will expand service between the United States and Cuba with a third daily nonstop flight between Ft. Lauderdale/Hollywood and Havana. The new route will begin August 7, 2018.

“JetBlue’s new nonstop service between Boston and Havana will provide better connections for our leading healthcare, biotechnology, financial, cultural and educational institutions to link those vital sectors with new opportunities in Cuba,” said Massport CEO Thomas P. Glynn. “There has been a strong demand for this service and we look forward to the exciting new travel opportunities it will generate for the entire New England region.”

United is also expanding its Cuba service, and will add a new daily flight to Havana from George Bush Intercontinental Airport in Houston, starting July 20. Once approved, the Texas-to-Cuba route will be the only service to Havana from central and western United States. United also offers daily nonstop service between New York-Newark and Havana.