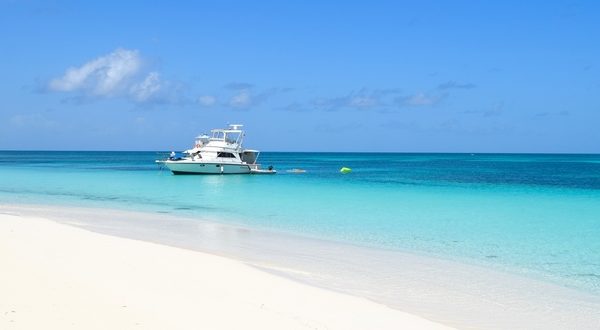 Antigua and Barbuda: One Year After Irma

As powerful storms threaten to ruin some Caribbean vacations this week, it’s important not to forget that this is also the nearly one-year mark since back-to-back Category 5 hurricanes ravaged the region.

While we continue to monitor the Caribbean’s status as the current storms continue to build strength, TravelPulse takes a look back at the progress the region has made since Hurricane Irma and Hurricane Maria hit last September.

In the next week or so, TravelPulse will continue to tell you about the progress that has been made on the islands that were affected the most. We recently brought you a similar progress report on St. Maarten/St. Martin and today we focus on Antigua and Barbuda.

Here’s everything you need to know about the strides the sister-island destination has taken to restore its tourism product in the last year.

One Hit, One Miss

The immense devastation on the small island of Barbuda was perhaps the most shocking revelation in the days following Hurricane Irma simply because its sister-island, Antigua, located only about 40 miles away, was practically unscathed.

In fact, the nation’s Prime Minister Gaston Browne was sending out praise and thanks on social media following an aerial assessment of Antigua, not knowing Barbuda was completely flattened.

While Antigua managed to escape the wrath of Hurricane Irma, there were a few cases of minimal damage to infrastructure; particularly with those closest to the sea. Powerlines, the boardwalk at the cruise facility, and a few hotels were such affected areas, nevertheless, through fast recovery efforts, the island became fully operational shortly after.

The airport – VC Bird International Airport – closed for a day and a half, but was opened quickly again thereafter. The same can be said the cruise ports. In fact, Antigua and Barbuda had a landmark year in cruise arrivals with the destination welcoming more than one million visitors.

Barbuda, of course, suffered a direct impact by the powerful Category 5 hurricane, but although it brought much disaster to the island, a considerable amount of progress has been made to the island since.

Trying to show the extent of the devastation across the island of Barbuda is extremely difficult in single photos. Check out my YouTube videos or follow @dailyoverview who are featuring my coverage of the island from above, to give a different perspective of the situation. #overview #newperspective #drone #aerialfilming #irma #dowhatyoucan #storytelling #awareness #reporting

More than 407 rooftops on Barbuda have been repaired thanks to a $2 million grant fund by China, along with additional assistance from other donor countries. Additionally, utility services such as electricity and water have been restored to most of the island, while both air and sea ports are in full operation.

Antigua and Barbuda and the European Union (EU) have signed an agreement for about $5.8 million to support the reconstruction of houses in Barbuda. The aim is to rebuild to higher resilience standards more than 150 houses in Barbuda, following strict building codes, in close collaboration with the national authorities and the concerned institutions like the National Officer for Disaster Services (NODS).

All of the beaches have been cleaned and restored – meaning the various excursion operators are once again offering day trips to the island. In addition to excursions, in July, the ferry service between Antigua and Barbuda was upgraded with a new vessel, Lady Caroline.

The 370-passenger vessel features air-conditioning, three levels including a sundeck, upgraded seating for comfort, a bar, and a flat-screen TV for entertainment. It can also accommodate travelers with mobility issues and includes wheelchair-friendly restrooms.

The Frigate Bird sanctuary, while still in process of regrowth, is once again a sight to behold as the Frigate Birds have returned.

According to the Antigua and Barbuda Tourism Authority, the policy established is to rebuild a better Barbuda, where building codes will be strictly enforced this time around. It is estimated that it will require roughly $250 million to bring Barbuda completely back on track.

Also, Colin C. James, CEO of the Antigua and Barbuda Tourism Authority, has said that Robert De Niro’s planned hotel for Barbuda could be open as early as 2020. The hotel’s development was obviously set back by the destruction caused by Hurricane Irma.

Antigua and Barbuda is also introducing a full Hurricane Insurance Plan for visitors. The hotels will offer a guarantee to its guests that if their stay is interrupted by weather, the remainder of the vacation will be honored by the said hotel. This is being done by the majority of hotels in the destination.

The award-winning Barbuda Belle will be re-opened just in time for the peak season on November 1. Coco Point, one of the oldest properties on the island, was up for sale shortly after the storm. A spokesperson for the Antigua and Barbuda Tourism Authority told TravelPule she thinks the hotel has a buyer in place, but we were unable to confirm that by press time.