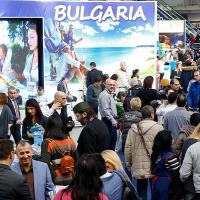 More than 650 direct exhibitors and co-exhibitors from as many as 38 countries presented their travel offers, accommodation capacities, culture, customs, many different kinds of wine and specialties in the halls of the Belgrade Fair all under one slogan “The Summer is Closer Than You May Think”, and together with business visitors, there were 40 countries in total. To sum up, over 900 exhibitors and 64,619 visitors attended all four manifestations.

For the first time this year, the Maldives have been presented at the Tourism Fair, whereas Indonesia and Cuba returned to the fair by introducing their new and exciting offers.

The significance of the fair for both the Serbian economy and trade was acknowledged by the active participation of the Ministry of Trade, Tourism and Telecommunications of the Republic of Serbia, as well as by the competent government authorities and other organizations.

This year’s fair was officially opened by the Deputy Prime Minister and the Minister of Trade, Tourism and Telecommunications Mr. Rasim Ljajic, who presented extremely positive statistics with great pride and foreign exchange inflows in the field of tourism. Mr. Ljajic explained that 2018 was a record-breaking year with a foreign exchange inflow of $ 1.5 billion in the field of tourism and that the result had been achieved two years earlier than initially planned by the Tourism Development Strategy, which is its highest value.

The country partner of this year’s Tourism Fair was the Republic of Bulgaria. The two countries continued to promote otherwise close tourism cooperation. Bulgaria has successfully presented its culture and customs followed by numerous possibilities for travelling and touring the country throughout the year. During the fair, the handover of partnership was performed, whereas the Arab Republic of Egypt will be the country partner of the Tourism Fair in 2020.

The most significant news at the Tourism Fair 2019 is the introduction of a B2B business portal, which emerged in cooperation with its business partners, the Serbian Chamber of Commerce and the Enterprise Europe Network. For the first time ever, the Belgrade Fair has created a model which helped improve business activities and link participants visiting the fair and its accompanying events. The program encouraged mutual networking and business communication between domestic businessmen and professionals from across the globe, i.e., those who have been successfully operating in the field of tourism for many years now.

As many as 817 business entities were registered on B2B portal. The total number of viewed profiles and scheduled meetings amounted up to 8,229 before the official opening of the fair and 669 after the event had ended.

This year the Belgrade Fair created special benefits packages for business visitors and guests of the Tourism Fair.

Serbia, as the host country of the Tourism Fair, has for many years now positioned itself as one of the most favorite and unavoidable destinations in this part of Europe, and as such it held over 70 registered presentations at exhibition stands and a stage in hall 4 followed by presentations of many tourism organizations and cities, therefore many historical sites and domestic accommodation capacities had been promoted.

In a bid to both enhance and promote all types of tourism, the Belgrade Fair laid special stress on youth tourism this year as one of the most popular forms of tourism in the world, which is significant in the whole host of tourism trends. Hall 1A promoted the most popular domestic travel agencies that focus on young people and offer vacation packages for the whole world including Serbia. With the support and presentation of the new national platform entitled Serbia Creates, under whose patronage the Coworking Association of Serbia presented itself, the visitors of the Fair were in the position to become more acquainted with the most successful individuals and initiatives in the field of art, culture, technology, science…. “Serbia creates” is a platform that stands for everything Serbia has to offer by laying a special stress on creativity and innovation that foster connection between culture, art, tourism and trade.

In order to enhance and promote the receptive tourism of Serbia and the region, the following presentations were also held: Discover Serbia for Youth, Association of Serbian Youth; Presentation “Storytelling in Serbia – why the story and not facts sell”, Trippin Serbia; Belgrade Tourism Conference – Tourist products of Serbia, Association of Serbian Youth; GASTROBALKAN – How to Get to Know the Hidden Gastronomic Culture of a City?, Mr. Uros Zivkovic; Promotion of cross-border tourist destination of the Central Danube Region, DCC; What Are The Benefits of Traveling – The Art of Travelling; Western Balkans: The Strength of The Regional Approach, the Regional Cooperation Council and other.

This year’s fair was marked by an extremely rich and comprehensive program along with day-to-day events, visits by renowned experts and lecturers, who provided new experiences and knowledge to the visitors and deepened their interest in travelling through their educational presentations.

Representatives of the Russian Federation, Merkur Vrnjacka Banja, Ukraine, the Republic of Northern Macedonia, the Smederevo Fortress, the Republic of Srpska and others presented their travel offers in the conference halls.

The following people specified below participated in both the lectures and master classes and those were as follows: Ola Skinnarma, ma founder of the Expeditionsresor agency and one of the most famous Swedish adventurers, Jovan Radomir, a journalist and a travel writer, Vicky Karantzavelou, a co-founder and editor in chief of the Travel Daily News Network, Barnaby Davis from the United Kingdom and Sjannie Hulsman from Belgium. As for BeoWine program the following people participated and those are: Anna Pakka, a Swedish sommelier and an expert for Balkan wines, Nickolas Forslund, Lorenza Scollo, a general brand of La Bottega brand, and the Fair represented the unique opportunity for visitors to attend the gastronomic performance of a famous Michelin Chef, a top chef and consultant in a catering business, Mr. Eros Picco, a holder of the prestigious Michelin star award.

The attractive multimedia event for visitors provided them with a unique opportunity to book vacation packages for the summer season, taste wine and gastronomic specialties from different regions and parts of the world followed by exclusive fair discounts. The Belgrade Fair has provided precious vacation packages to its most devoted visitors active on social networks.

Over the course of these fantastic four days, Belgrade was a tourist center and a city of cosmopolitan spirit, which, along with its numerous accompanying events, promotions, presentations and conferences, resulted in great public attention visited by many media representatives, whereby a significant number of announcements, footages, interviews and documentaries both in digital and print media were presented.

Approximately 1,000 journalists from around 20 countries have been accredited. In order to promote events and services, the Belgrade Fair sent 10 Newsletters (Serbian/ English), 10 Press information to over 15 thousand addresses and thus established media partnerships with the media from several countries around the world.