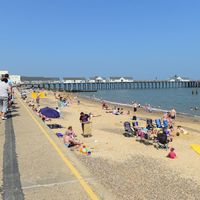 Britons are train-ing themselves for Staycations as Brexit looms

BIRMINGHAM, ENGLAND – With the nation deciding not to give Brexit the boot, it appears Britons are now realising the potential for a change of scenery when it comes to their well-deserved holidays.

According to new research from CrossCountry trains, nearly a third of the nation (27%) is already suggesting that Brexit will impact their future travel plans, with 50% of Brits believing that cutting ties with Europe will see additional costs passed down from travel operators to holidaymakers.

With 67% also concerned about the impact on exchange rates, nearly half of the nation (46%) are worrying about the impact on visas, and more than a third (39%) of those surveyed believe Brits will be less welcome by pro-EU residents of the countries they visit.

However, CrossCountry, which celebrates its 10th birthday this November, found that almost a third of the country (31%) actually prefer a staycation than a holiday abroad – must be the weather!

Other than the nation’s capital, Manchester (31%), Edinburgh (31%) and Birmingham (27%) are the most visited UK destinations, with Edinburgh (21%) also the favourite place for a frolic by train.

An overwhelming 80% of respondents stated they’d prefer to ditch the car and take a train to their next staycation, with three in five Brits saying they are a fast and convenient method of travel around the UK.

Catherine Terry, Head of Marketing at CrossCountry, said: “Following the decision on Brexit, the nation’s attention has turned back towards Britain and staycations are on the up. With an incredible mixture of inspiring culture, beautiful landscapes and stimulating people, Britain has more to offer than most of us care to realise. At CrossCountry, we’re proud to be celebrating 10 years of connecting Brits to all corners of the nation, and everywhere in between.”