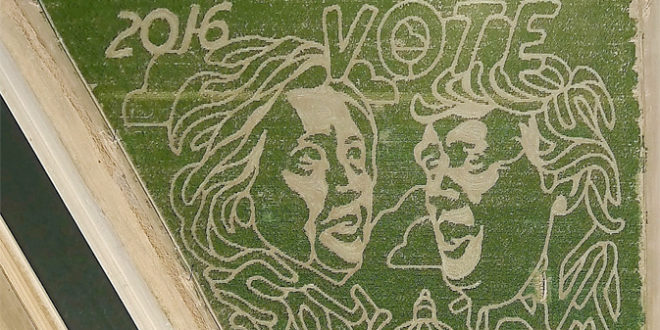 PATTERSON, Calif. — Donald Trump has been called brash, hot-headed, obnoxious and even racist by mainstream media in recent months. But has he ever been described as ‘corny’? Probably not – until now.

Just in time for tonight’s third and final U.S. presidential debate, Fantozzi Farms in Patterson, California has created a huge corn maze featuring the likenesses of both Trump and Hillary Clinton. Comprising miles and miles of pathways, visitors can literally get lost in the heads of the current presidential candidates.

In addition to the maze, visitors (and voters) can visit the farm’s outdoor displays to learn about the steps each candidate must take to reach the White House, and also test their knowledge of past presidents at the ‘Presidential Trivia’ exhibit. There’s also a haunted corn maze, zombie shooting range, corn cannons, cow train rides and even pig races. 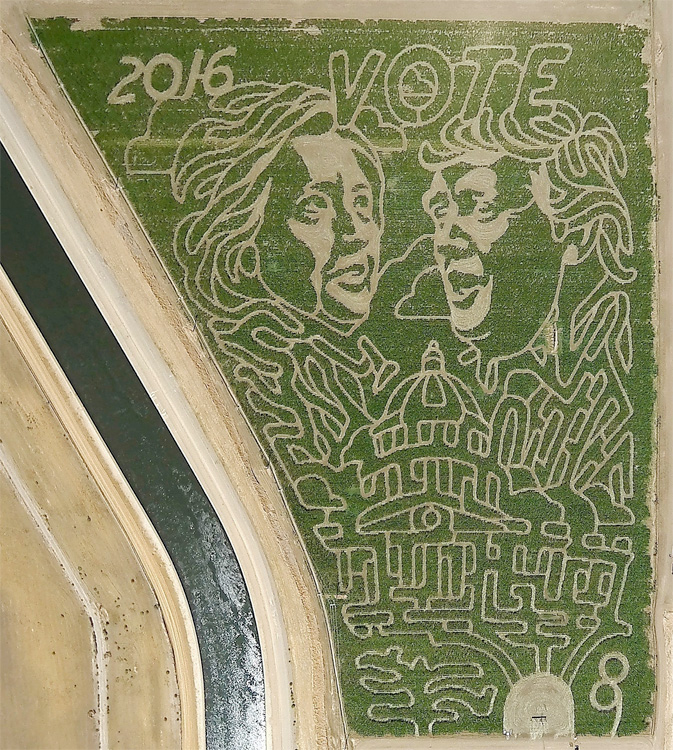