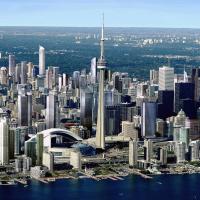 Canada’s construction pipeline projects are at a cyclical high

PORTSMOUTH, NH – Analysts at Lodging Econometrics (LE) report that in the third quarter of 2018 the total construction pipeline in Canada stands at 247 projects/29,954 rooms. Construction pipeline projects are at a cyclical high with an increase of 19 projects year-over-year (YOY).

Indications are that the pipeline is in a topping-out period. Total guest rooms in the pipeline appear to have peaked in the 3rd and 4th quarters of 2017, signaling the onset of further pipeline declines ahead. Other pipeline metrics that signal a possible decline are rooms under construction, rooms scheduled to start construction in the next 12 months, and new project announcements into the pipeline which have all been decreasing since fall of 2017.

Projects presently under construction are at 89 projects/10,781 rooms, of which 40 projects/4,283 rooms began construction in the first three quarters of 2018. Projects scheduled to start construction in the next 12 months are at 85 projects/9,893 rooms, a minimal 2% decline in project counts. Projects in the early planning stage show a 20% increase with 73 projects/9,280 rooms recorded. With the Bank of Canada expected to increase interest rates again in January, developers continue to hurry projects from their drawing board into the permitting and early planning phase.