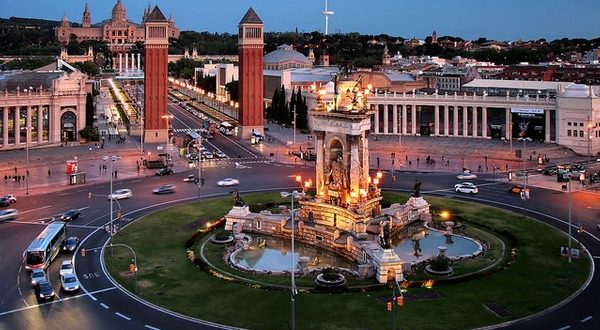 A wave of protests and violent clashes with police have erupted in Barcelona and throughout Catalonia amid the region’s referendum to seek independence from Spain.

Catalan officials are claiming preliminary results of its referendum on Sunday show 90% of voters are in favor of severing ties with Spain, according to The Guardian.

Under referendum legislation passed by the Catalan parliament, the regional government has 48 hours after finalizing voting results to declare independence from Spain. The votes were still being counted today.

Vehemently opposed by the Spanish government, the referendum triggered a violent police crackdown.

Hundreds of people were hurt as riot police stormed polling stations in an attempt to stop the vote and confiscate ballots, The Guardian reported.

More than 800 people and 30 police were injured, with at least two people sustaining serious injuries.

In some cases, police dragged voters away and fired rubber bullets, according to CNN. In the wake of such news, some countries have issued travel advisories for Spain.

The British Foreign and Commonwealth Office is warning its citizens about the political unrest and suggesting they use caution when traveling to the region.

“Demonstrations have taken place in Barcelona and other areas of the Catalonia region and may continue for some days,” states the Foreign and Commonwealth Office website, according to Britain’s daily Express. “They may occur with little or no warning and even demonstrations intended to be peaceful can escalate and turn confrontational…You should exercise caution if you’re in the vicinity.”

Catalan President Carles Puigdemont denounced the police crackdown as the worst violence the region has witnessed since Francisco Franco’s military dictatorship. Puigdemont also demanded the withdrawal of Spanish national forces from the region.

The United Nations is seeking to step in to assess what transpired surrounding the referendum voting.

UN High Commissioner for Human Rights, Zeid Ra’ad Al Hussein, called for “independent and impartial investigations into all acts of violence” around the independence referendum and asked the Spanish government to allow UN human rights experts to visit, according to CNN.

The violence and clashes are not likely to end soon. Catalonian trade unions are calling for a strike and a mass demonstration for tomorrow.