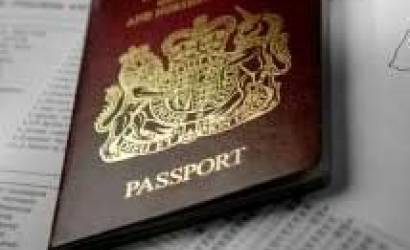 European Union ambassadors have reached an agreement with the EU presidency and the European parliament on a proposal for a European travel information and authorisation system (ETIAS).

The system, modelled on the ESTA system in the United States, is seen as an important step in protecting the external borders of the EU.

The system will apply to visa-exempt third country nationals, including the UK.

Visitors will need to obtain a travel authorisation before their trip, via an online application.

For each application, the applicant will be required to pay a travel authorisation fee of €7.

The information submitted in each application will be automatically processed against EU and relevant Interpol databases to determine whether there are grounds to refuse a travel authorisation.

If no hits or elements requiring further analysis are identified, the travel authorisation will be issued automatically and quickly.

This is expected to be the case for most applications.

If there is a hit or an element requiring analysis, the application will be handled manually by the competent authorities.

In this case, the ETIAS central unit will first check that the data recorded in the application file corresponds to the data triggering a hit.

When it does or where doubts remain, the application will be processed manually by the ETIAS national unit of the responsible member state.

From three years after the entry into operations of ETIAS this obligation will also apply to international carriers transporting groups overland by coach.

The travel authorisation will not provide an automatic right of entry or stay; it is the border guard who will take the final decision.

A travel authorisation will be valid for three years or until the end of validity of the travel document registered during application, whichever comes first.

Now that the agreement has been confirmed by EU ambassadors, on behalf of the council, the regulation will be submitted to the European parliament for a vote at first reading, and subsequently to the council for adoption.

Despite tabloid fears in the UK, the introduction of ETIAS is not related to Brexit.

The scheme was proposed before the UK referendum vote to leave the EU and would apply to Britain as a non-Schengen country regardless of the decision to leave the EU.