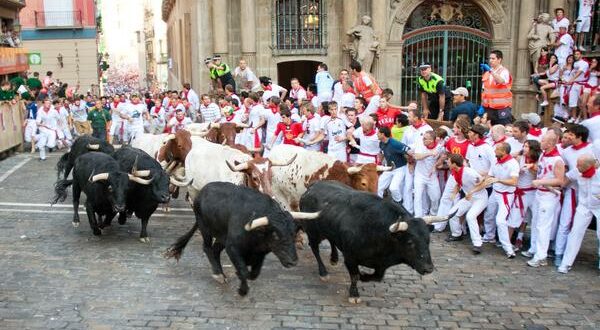 The maximum expression of Guanajuato’s bullfighting culture is back in Salvatierra. The Marquesada Festival will be held Friday and Saturday, October 28-29, 2022, where the artistic, cultural and culinary talent of the Magical Town will be on full display.

For this edition, 30 artisans will exhibit their products for three days in the traditional artisan pavilion in Salvatierra’s central garden.

In addition, the event will feature the culinary project “Marquesada Gastronómica.” In this exhibition, Salvatierra’s restaurant sector will delight attendees with dishes and cocktails inspired by the bravo culture. In addition, a gastronomic pavilion with gourmet proposals will be served by local and foreign establishments that will join this gastronomic festival.

Music and culture will be present during the festival to create the ideal atmosphere to enjoy with family and friends. There will be an area for diners to enjoy their food with a capacity of 200 people.

The fiesta brava will be lived to the fullest on Friday, October 28, in a night bullfight at the emblematic Plaza de Toros La Macarena, located in the heart of Salvatierra, with a first-class line-up.

The traditional running of the bulls will take place on Saturday, October 29, starting at the intersection of Hidalgo and 16 de Septiembre Streets, continuing along Madero Street, and ending on Benito Juarez Street, the bullring of the Plaza de Toros “La Macarena.”

For those who wish to participate in the running of the bulls, it is essential to register at the tables outside the City Hall on the day of the event. There the participants will receive a number and the participant registration access.

At the end of the bull run, there will be a “Gran Capea,” where bullfighting fans will have the opportunity to perform the best cutouts in the consecrated bullring of the “La Macarena” bullring. There will also be a charrería gala, where the national sport par excellence can be enjoyed to the fullest in the bullring.

Cocktails will play an important role. Ten mixology consumption centers will be set up in the “Barra Brava,” located in the Explanada del Carmen concert area, showcasing the fiesta brava’s flavor with exclusive cocktails for the festival.

The music will vibrate to the maximum in a gathering of DJs that will set the mood for the “Bull Party,” offering a wide variety of musical genres on the stage installed in the Explanada del Carmen.

Huamantla, Tlaxcala shares some traditions in common with Salvatierra. The main one is bullfighting as part of the culture and tradition that has been part of the history of both municipalities for several years. This year, Huamantla will be the guest of honor for a series of activities, including installing a monumental carpet on Juarez Street.

In addition, there will be a temporary opening of Casa Huamantla, where attendees can find a series of Huamantlecos bullfighting articles and some of the main handicrafts. Finally, the spectacular closing of La Marquesada is expected with the stellar participation of Danna Paola

Previous World Cup 2022: Bring Your Fandom, But Not Your Booze
Next New Brunswick regional service commissions to take over tourism marketing