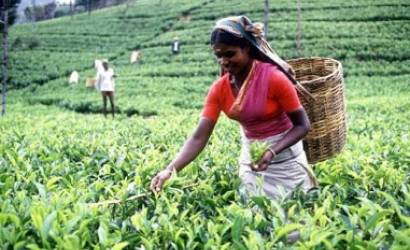 FCO advises against all but essential travel to Sri Lanka

The British Foreign & Commonwealth Office has advised against “all but essential” travel to Sri Lanka.

The move is likely to deal a body blow to the tourism industry in the country and follows a coordinated series of terror attacks over the Easter weekend.

Three luxury properties – Cinnamon Grand Hotel, Shangri-La and the Kingsbury Hotel – were hit during the assault, along with three churches.

As many as 300 people are believed to have been killed in the April 21st assault, although the number has been revised down in recent days.

Following the incident, the FCO has warned: “Terrorists are very likely to try to carry out attacks in Sri Lanka.

“Attacks could be indiscriminate, including in places visited by foreigners.”

Churches in the northern suburb of Colombo, Kochchikade, in Negombo, roughly twenty miles north of the capital, and in the east of the country, in Batticaloa, were bombed during the attack.

Suicide bombers with Islamist links are currently thought the most likely culprits.

The FCO statement added: “The Sri Lankan authorities have made a number of arrests in relation to the attacks, and security operations are ongoing, including controlled explosions of suspicious packages and vehicles, and temporary evacuations of buildings.

“However, the extent of any continued threat following the April 21st attacks remains unclear.”

Security has been stepped up across the island.

A joint statement from the Sri Lanka Tourism Promotion Bureau and Sri Lanka Tourism Development Authority sought to reassure travellers: “Sri Lanka Tourism wishes to assure tourists who are already in the country and unaffected by the terror attacks that the police, tourism police and security forces are jointly implementing a comprehensive security plan to ensure their safety across the island including all important tourism sites.

“Meanwhile a security briefing was held on April 22nd for hotel owners and operators on the new safety measures that are being rolled out and to seek their cooperation in strengthening security at hotels and resorts.”

It added: “Sri Lanka Tourism would like to reassure the world that the country is open for business and all possible measures have been taken to ensure the safety and security of tourists.

“Our world-famous tourism sites, hotels, resorts and other tourist attractions will remain open as usual.

“There are no road closures or restrictions on movement anywhere in the island.”

A state of emergency and night-time curfew remain in place.

In response to the move, an ABTA spokesperson said: “Customers who are due to travel imminently to the island on package holidays will be offered options of deferring their date of travel, transferring to another destination or a full refund.

“Customers who have booked independently will need to discuss their options with their airline and accommodation provider.”