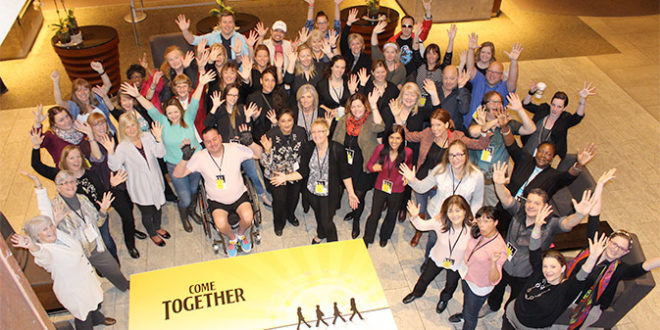 The event was the largest Canadian gathering of home-based agents the company had ever hosted and showed Flight Centre’s commitment to the Independent Contractor community, said Zanello.

“We have a very strong Independent offering with a vibrant culture. To be able to bring so many people together for a weekend like this only helps strengthen the family-feel that we exude in our brand.”

It’s been nine years since Flight Centre Associates got its start its own brand within the larger Flight Centre Leisure brand. The Beatles-influenced ‘Come Together’ theme of the weekend was about more than bringing people together from across the country, said Zanello. It was also about bringing agents together with top Flight Centre partners to learn about product, and served as a launch pad for new Flight Centre initiatives designed to provide even more support and inclusion for the Independent brand.

Flexibility with branding remains one of FCA’s biggest selling points with agents, says Zanello. “Agents are, and always have been, free to keep their own name and their own branding if they choose. What we are doing moving forward is giving them even more Flight Centre infrastructure to lean on to support their business.”

Agents at the event learned about opportunities to grow their business through taking on sub-contractors as well as how to work more closely with Flight Centre’s corporate brands to grow their corporate portfolios.

The session launching Flight Centre’s Group Centre and Cruise Centre was one of the highlights of the weekend, added Zanello, offering full support to agents for both group and cruise travel, from enquiry through to close. “We have built an offering that is unmatched in the Canadian marketplace. Where else do you get that combination of a global company with a massive infrastructure and consumer recognition mixed with one-on-one attention around your specific business?”

Flight Centre has three Independent offerings. “Our size and strength in the Canadian travel industry gives us the resources to work directly with each agent or agency on an individual basis,” said Zanello. “We aren’t cookie-cutter and we work hard to ensure we have a host solution that is flexible enough to fit pretty much any arrangement.”