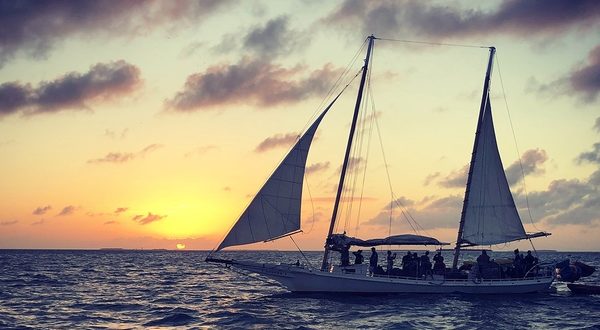 Before we left for our late-February trip to Florida, which included a drive from Miami to Key West, it seemed like all of our friends were concerned—didn’t we know that a hurricane had swept through this past season? Can you still get there? Are things open?

In late January, the Florida Keys and Key West, the area’s convention and visitor bureau, had reported that nearly 80 percent of lodging units throughout the island chain were open for business. That was a pretty remarkable recovery in the short time that had elapsed since Hurricane Irma struck the Keys on September 10, 2017, as a Category 4 storm.

Irma’s effects were felt most strongly on Marathon, Islamorada, Big Pine Key, Big Coppitt Key, and Duck Key. Key Largo and Key West were least impacted. Some hotels on the Atlantic side of Islamorada and Duck Key had significant storm surge issues.

Our drive down, on a Saturday morning, started out rough, with significant stop-and-go traffic approaching Key Largo, before thinning out as we got lower into the Keys. There were still reminders of the damage that happened, most noticeably to business signs, but also in occasional tarps on roof and debris piled on the side of the road in places. The worst to us seemed to be Marathon and Big Pine Key, where work was actively being done on numerous homes. We stopped at a few small attractions, which were operating normally.

We spent a few days in Key West, where we saw no physical signs of damage. The main problem there, from talking to locals, is that most people who hold the lower paying service jobs—think hotel housekeeping or restaurant servers—can’t afford to live on Key West, so live further up toward Marathon. That’s where the Keys bore the brunt of the storm, and much of that more affordable housing is now gone.

We did spend part of one day at the famed Bahia Honda State Park and were saddened at its condition. The park passed out notices to visitors explaining that there is active restoration going on and to stay off the land and out of the water near fenced off areas—which basically meant the entire southern half of the park. Only the smaller (and in my opinion, less scenic) beach facing the Bahia Honda Channel, was open. Had we known how limited the options were in the park, we would have skipped it entirely—there’s a lot of work left to be done here.

The CVB now reports that 92 percent of properties are open in Key West and nearby Stock Island, with 76 percent open in Key Largo, 63 percent in Marathon, 53 percent in Islamorada and 48 percent between the west end of the Seven Mile Bridge and Big Coppitt Key.

All major attractions are open, including fishing, snorkeling, and diving charters. Debris cleanup along the Florida Keys Overseas Highway is nearly complete.