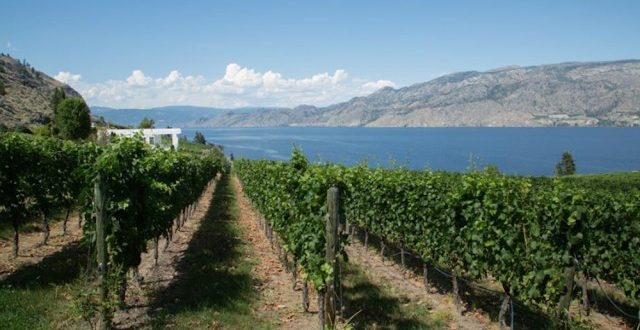 According to the B.C. Wine Institute, this year’s grape harvest is on track for another excellent vintage.

After an unseasonably warm spring, followed by an early summer, Serendipity Winery’s Katie O’Kell was concerned the harvest would take place much earlier than normal at her estate Naramata vineyard.

However, the cooler, wetter weather moved in, which allowed the grapes to mature at a more moderate pace.

Lawrence Buhler, director of winemaking for Encore Vineyards, which produces wines under the Time Winery, Evolve Cellars and McWatters Collection labels, reports their white harvest is almost complete, with the reds to take place in the next two to four weeks.

The early start gives grapes longer to mature to their optimum level, he noted.

A hot, dry spring led to the earliest bud break on record and early harvests for many wineries.

On Vancouver Island, Bailey Williamson, winemaker for Blue Grouse Estate Winery, said a strong growing season in April and May, followed by a cooler June and July than usual, led to an elongated flowering and fruit-set cycle. It started the Siegerrebe harvest last weekend.

And, in the Fraser Valley, the harvest began a full week ahead of schedule.

Andrew Etsell, GM and viticulturist at Singletree Winery in Abbotsford said this year’s weather created a perfect balance of acids and sugars in the grapes.

The harvest there began Aug. 25. It won’t yield as much fruit as 2015, but he added the fruit will be clean and very high quality.