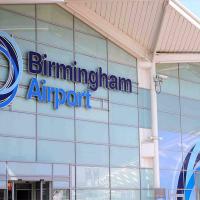 A survey conducted by leading luxury holiday experts Away Holidays has revealed a growing demand for regional airport departures, with almost half of British travellers saying they would prefer to use smaller regional UK airports.

The survey of 1,000 British fliers revealed that 43% would rather use their local or a smaller regional airport than the busier major airports such as London Heathrow and London Gatwick.

Last year, statistics from the Civil Aviation Authority (CAA) indicated the number of passenger flights was up 2.4% at London airports for the rolling 12 months up to Q3 2017, but up by 5.4% at regional airports – a trend that is surely set to increase and suggests even more travellers are looking to fly from airports closer to home.

Almost half (45%) said the fact that local and regional airports are less crowded makes them more appealing when jetting off.

Paul Wait, Chief Operating Officer of Away Holidays comments: “All the indicators point to a healthier future for regional airports as airlines use modern fuel-efficient aircraft to create new demand and opportunities for both leisure and business passengers.”

“There has been an increase in new long-haul route launches from airports such as Birmingham, Cardiff, Edinburgh and Manchester providing exciting destination choices for the travelling public and taking the strain off very busy airports such as Heathrow and Gatwick both of whom are almost at capacity. The idea of a direct long-haul flight versus having to connect over a hub is a popular choice especially for families and the more mature traveller. We certainly believe that the growth of the regional airport is an ongoing trend.”