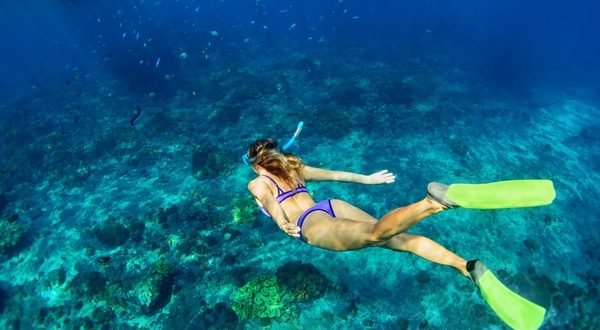 Hawaii may be a dream destination for travelers, but the chemicals found in the sunscreen of tourists is washing off in the water and damaging coral reefs.

According to The Associated Press, the Kahaluu Bay Education Center conducted testing on Hawaii’s Big Island that found the concentration of oxybenzone in the surrounding waters to be 262 times greater than levels considered high-risk by the U.S. Environmental Protection Agency.

The level of oxybenzone in the water is considered the highest ever measured in the world.

Studies found the oxybenzone and octinoxate found in sunscreen have been linked to coral damage and other negative effects on aquatic life. The data helped Hawaiian lawmakers pass a ban on sunscreen with the dangerous chemicals, which goes into effect in 2021.

While global warming remains the biggest threat to coral reefs around the world, officials in Hawaii can control the use of the chemicals commonly found in sunscreen. By limiting the use of oxybenzone and octinoxate, scientists said the damage caused by chemicals could be minimized.

“It’s not a difficult step — it’s just a choice,” Kahaluu Bay Education Center director Cindi Punihaole told The AP. “Protect and heal the bay — it would be a benefit not just to our environment, but to future generations.”