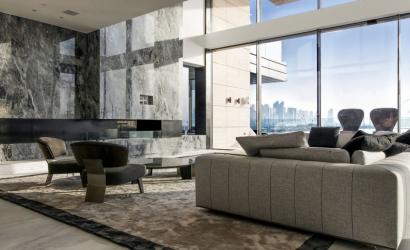 Innovate Living has begun handing over units at the Palme Couture Residences project located on the trunk of Palm Jumeirah in Dubai.

The developer expects to have over 14 luxurious residences once the project is complete.

Properties include three-bedroom lateral apartments, four-bedroom townhouses and five-bedroom duplexes, all the way up to the Royal Penthouse, which offers seven-bedrooms, complete with a separate guesthouse and terrace.

“There has been unprecedented demand for unique and stylised living spaces that seek to enrich residents’ lives.”

All units are expected to be sold before the end of this year, he said, adding that Innovate Living is now working on another project, details of which will be announced soon.