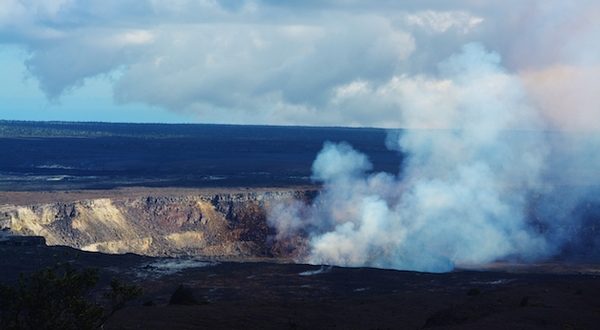 Hawaii Volcanoes National Park was shut down for more than four months this summer after Kilauea’s outburst in May. But now the good news is flowing. Since its “soft opening” on September 22nd, bits and pieces of the Park have continued to open little by little, and here in November, it is very nearly up and running at full speed. Here are the latest updates.

The Volcano House is open. All of it.

Chain of Craters Road is open all the way to the ocean.

You can drive the entire length of Chain of Craters Road down to its iconic ending in the lava fields that meet the sea.

The Kilauea Visitor Center is open.

It was one of the first things to reopen on September 22nd.

Almost all of the campsites are open.

Kulanaokuaiki Campground is open. The road you take to get there, Hilina Pali Road, is open up until the campground. The road past the campground remains closed to vehicles, but hikers and bikers can use it to access Hilina Pali Overlook and the Hilina Pali and Kaaha trails. Backcountry sites on the Puna Coast Trail and the Mauna Loa summit cabin are open. Namakanipaio Campground will reopen the first week of December.

Thurston is the last of the major attractions to remain closed. Specialists are still working to determine the safety of the lava tube. Another update will be provided later this year.

Some trails are still closed, but there are plenty of others.

Most trails in the Park are now accessible again, with a few notable exceptions. The Kilauea Iki Trail remains closed, for example, as are all trails going into Kilauea caldera and sections of the Crater Rim Trail. You can expect these and other closures to pop up as the summit area continues to settle. The best way to find out what is open is to ask a Park Ranger upon arrival.