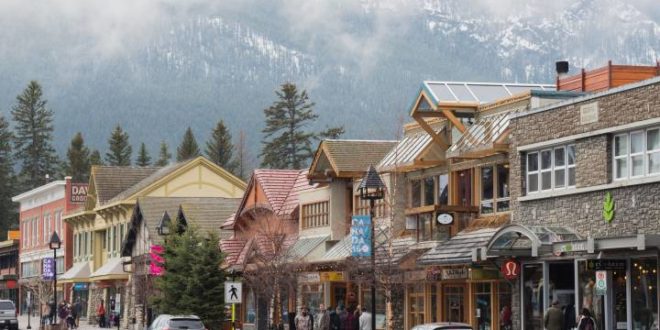 On the eve of the busiest season in Banff National Park, many employers in the hospitality sector are scrambling to fill vacancies.

“We always focus on hiring Canadians as much as we possible can,” said Trevor Long, general manager of The Rimrock Hotel.

But Canadians don’t always stay for more than a few months and hotels are struggling to fill the chronic staffing shortage experienced year round.

Federal government tightening rules around the temporary foreign worker program has made it even more difficult to bring people over to fill the jobs.

“Almost all businesses use a professional recruitment company to take us through the process and the forms, and it’s still extremely difficult and the success rate is low,” Long said.

The Rimrock can legally hire 20 per cent of its staff as temporary foreign workers but right now, less than 10 per cent of its 410-person team fall under that category. Long said that is largely due to long processing times with no guarantee of approval.

READ MORE: Bears, coyotes and fire risks: What Parks Canada wants you to know before your trip to Banff

The Rimrock has been waiting eight months to get approval to hire 20 foreign workers. Each application comes with a $1,000 fee.

People stroll through the town of Banff inside Banff National Park in Alberta, Canada, April 21, 2017.

There’s no question there has been a substantial decrease in the number of government approvals since changes were made to the program in 2014.

Nationally, between 2013 and 2017, the number of approved temporary foreign worker positions for the tourism sector as a whole decreased by 78.6 per cent. Many see the red tape and long delays as a contributing problem, stunting the growth of an industry with huge money-earning potential.

“If you look over the past 10 years, Tourism HR Canada has helped to validate that we’ve lost $11 billion of revenue potential because we don’t have the people available to the industry,” said Darren Reeder, executive director of the Banff and Lake Louise Hospitality Association.

READ MORE: Canadian government aims to boost tourism by 25 per cent before 2025

The federal government has attributed the processing times to an increase in the number of applications that the department has received.

Earlier in the week, the Trudeau government rolled out its new tourism strategy and included promises to help address the labour challenges. Solutions can’t come soon enough for those trying to run a busy business.

READ MORE: The real picture behind all those shots of Alberta’s Moraine Lake