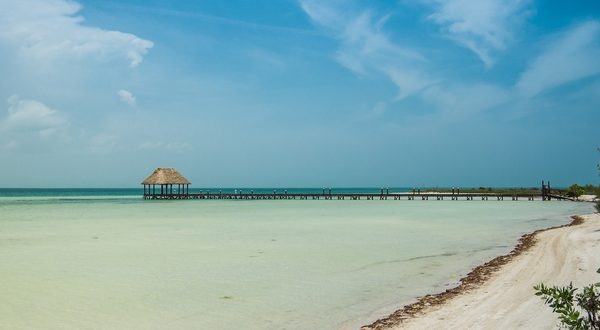 The tiny island of Holbox, off Mexico’s Yucatan Peninsula, has declared it will accept no more construction or development plans.

An article in Galu, a Spanish-language publication says island officials have declared that Holbox has reached capacity and any further development would put its fragile ecosystem at risk.

“The island has reached its limit and not a fourth more should be authorized,” Biologist Gisela Maldonado Saldana, of the State Wildlife Committee, was quoted saying.

Maldonado Saldana is not the only official to express such sentiments.

The general director of the Potable Water and Sewage Commission, Gerardo Mora Vallejo, said that in order to put the Yucatan Peninsula island on a better course toward the future, it’s critical no more construction licenses are given without the state agency first determining feasibility. He said proposals must also undergo review by the Federal Electricity Commission.

Located in the state of Quintana Roo, Holbox is part of the Yum Balam Nature Reserve and is separated from the mainland by a lagoon that’s home to flamingos and pelicans.

The island is also famously car-free and offers a laid-back experience for travelers. Situated between the Caribbean Sea and the Gulf of Mexico, Holbox is also a place that showcases rich marine life such as sea turtles and whale sharks.

Though the Mexican destination is also a natural bird corridor, many areas of the island have been contaminated, in large part by wastewater. The island’s treatment plant is not functioning properly and often wastewater ends up in island mangroves.

“The flamingos that we like so much and are the emblem of many houses of people of money are in danger because those animals are filtering,” Maldonado Saldana said. “They walk in the mud and they stir it with their legs.

Maldonado Saldana added that some mangrove areas are drying up, which is impacting various species of animals, some of which are in danger of extinction.