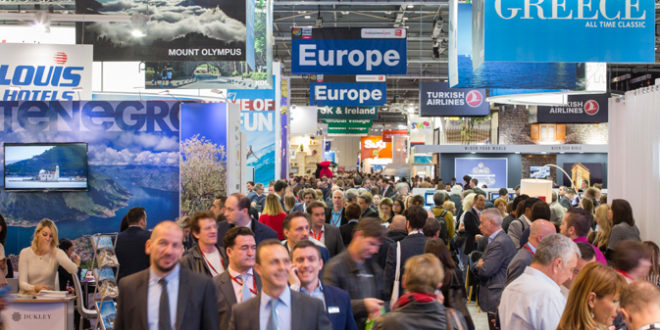 LONDON — World Travel Market London 2016, which had been revamped this year as a three-day event from Nov. 7-9, has ended on a high note with an estimated 50,000 in attendance. Over the course of three days, attendees facilitated travel industry contracts that were estimated to exceed US$4 billion, and learned about and discussed current hot topics in the travel industry. Here’s a roundup:

The UNWTO & WTM Ministers’ Summit is one of the highest-profile sessions of the entire event. Now in its tenth year, this year’s Summit called on the industry and governments to work together to help destinations cope with the threat of terrorist, which UNWTO Secretary-General Taleb Rifai described as “forces of darkness.”

Mohamed Yehia Rashed Tourism Minister Egypt assured delegates that his country has the technology and security measures in place to protect tourists and urged for standard security measures to be introduced globally. Vinod Zutshi, Secretary of Tourism in the government of India – WTM London’s Official Premier Partner – said countries needed to be more responsible when issuing travel advisories as perception of safety in destinations is a key factor.

Zutshi’s call was echoed by Fritz Joussen, Chief Executive TUI Group, who noted people’s perceptions often compound the problems of terrorism. “The probability of being killed by a terrorist is lower than having car accident on the way to the airport,” he said.

Brexit remained a common theme across the seminar program, as the UK and global travel industry await the actual terms of the country’s withdrawal from the European Union. Aviation expert John Strickland told the Forecast Forum about a possible issue arising over flying rights if the UK is not part of the EU Open Skies agreement.

In a separate session, two senior airline bosses – Willie Walsh, chief executive of International Airlines Group, and Emirates president Tim Clark – suggested that airline alliances could become a thing of the past.

“I would question if [alliances] are around 10 years from now,” said Walsh, while Clark described the oneworld, Star Alliance and Skyteam concepts as “anachronistic”.

On Day Two of WTM London, a compelling presentation from Facebook executive Neasa Costin outlined consumer behavior and brand differentiation. “Travel has very positive headspace for the end user so markets don’t have to try very hard. An image of a beautiful beach will do the job for you but if you take away the logo, you would not be able to distinguish one brand from another,” she said.

Costin highlighted Creative Shop, a part of Facebook that is trying to help companies change this through emotional resonance. She noted that from January to June, there had been 63 million hashtags about holidays with “real excitement and high emotion” around travel, but that markets are not trying to be distinctive or original.

“It’s very transactional in approach. At WTM London, you can see companies investing massively in promotion but when you translate that to digital, there is zero investment,” she added. Costin pointed to companies like Airbnb, which are doing the right things in terms of brand building and changing consumer behaviour.

The impact of these emerging channels to market is being increasingly felt by the hotel industry, which is having to adopt digital practices across the stages of booking and staying in a hotel. Daniel Wishnia, digital marketing consult, GCH Hotels, said that hotels have an opportunity to capture guests on their websites through better pricing, video and images.

“Customers expect you to be everywhere, on multi-devices,” he said. “They won’t wait for more than three seconds, they want you to be there to assist them.”

The robust US$3.7 trillion global wellness economy was in the spotlight during the WTM London Wellness Travel Symposium. The wellness tourism sector accounts for $563 billion of that, and is growing nearly twice as fast as overall tourism.

Delegates heard from several destinations about the importance of partnerships between the public and private sectors when developing wellness tourism. Case studies included India, ‘the land of yoga’, and Iceland’s Blue Lagoon.

In the UK, spa towns such as Bath and Buxton are seeing a revival, while Wales is planning a £ 200 million lakeside development called the Llanelli Wellness and Life Science Village.

The Women in Travel Meetup urged travel firms to consider the needs of women aged over 50 in their marketing and recruitment strategies.

“Over-50s are very different to what they were a few decades ago. They’re very cool people and we need to think about them differently,” said Rachel O’Reilly, Kuoni UK head of communications.

The speakers also noted a rise in older women forging new careers, and debate chair Sylvia Weiler, Sojern’s Vice President of Audience, Strategy & Development, said: “I have many friends in their 40s who have started new careers. People are taking risks and I think that comes with maturity and confidence.”

For more trends revealed at WTM London 2016, look for the Nov. 17 issue of Travelweek. To subscribe, click here.