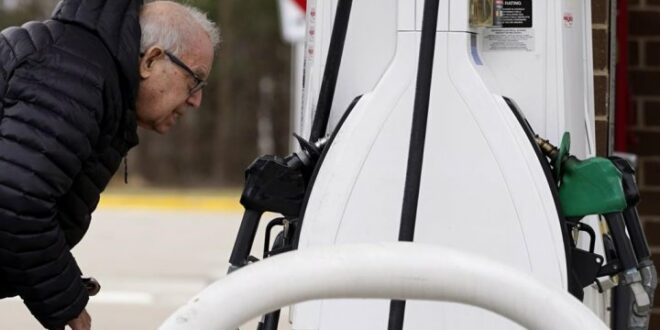 Summer is just around the corner, and for many families that typically means piling into the car and hitting the highway, but skyrocketing gas prices are going to add up quick for lengthy road trips this year.

A new survey for the Tire and Rubber Association of Canada suggests that many Canadians are rethinking what’s previously been seen as a more economical vacation option. According to the survey, 66 per cent of respondents said that fuel prices will force them to cancel or at least limit road trips this year.

According to GasBuddy.com, prices in Lethbridge were as high as 165.9 cents per litre on Monday. Patrick De Haan, head of petroleum analysis for GasBuddy, said he doesn’t expect to see that trend downwards in the near future.

“I think it will end up being more of a long-term pain,” De Haan said.

“Wholesale gasoline prices are moving up in tandem with diesel. Diesel prices have actually exploded across much of Canada and the U.S. because of very, very tight inventories.

“Gasoline is starting to go up as inventories for gasoline also continue to fall, as temperatures warm up and demand consistently goes up.”

De Haan says it wouldn’t be surprising to see the price of gas hit the toonie mark in Alberta; and if your road trip is set to roll through British Columbia, you will already see prices that have eclipsed $2 per litre.

For areas like Waterton Lakes National Park that rely on road trip traffic, it’s just one more challenge to add to a growing list of climbing costs in the tourism industry.

“We’re starting to understand that we have to absorb these costs,” said Shameer Suleman, president of the Waterton Park Chamber of Commerce.

“I know that as a hotel owner and with restaurants, it’s been very challenging. Number one, getting staff, number two, paying staff more.

“Everything across the board has gone up. Everything.”

Suleman owns the Bayshore Inn and Spa in Waterton as well as the Waterton Glacier Suites, he added that fuel costs aren’t just impacting how travellers get from point A to point B, but also products.

“Because we’re such a remote destination, every single freight carrier is tagging on massive fuel surcharges for us,” he said. “That is being passed on to the consumer, of course. It’s trickled down, the hotel takes as much of a hit as it can.”

Despite the rising costs, Suleman says he’s optimistic about the tourism outlook in the region this summer, and with many businesses looking to draw travellers back after the COVID-19 pandemic, he added there are still deals to be found.