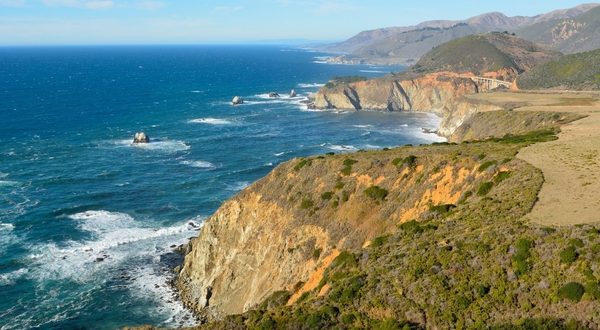 Iconic Stretch of California’s Highway 1 to Reopen in July

One of America’s most scenic stretches of highway is set to reopen just in time for summer.

The Pacific Coast Highway’s iconic stretch near Big Sur, California is scheduled to reopen next month following an extensive rebuild on the heels of a massive landslide last year.

California transportation officials confirmed this week that Highway 1 at Mud Creek will reopen by the end of July, much to the delight of West Coast road trippers.

It’s official: #Hwy1 at Mud Creek south of #BigSur will RE-OPEN by end of July. Big thanks to John Madonna Construction for tireless repair work & the SLO County north coast that’s been impacted by the largest slide ever in Big Sur. We are on the road, literally, to recovery! pic.twitter.com/gcUq3WBBO4

The $54 million recovery project was originally expected to be completed in mid-September.

“Rebuilding Highway 1 and restoring traffic along the Big Sur coast has been our priority and by opening the highway sooner than expected, it will boost the many central coast communities affected by this major landslide,” said California Department of Transportation acting district director, Richard Rosales, via the Associated Press.

The Big Sur region was ravaged by landslides brought on by powerful storms in 2017. The Pfeiffer Canyon Bridge was condemned after a near-collapse during those winter storms but reopened last October.