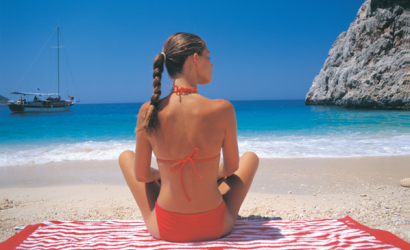 British travellers are increasingly choosing longer package holidays in the search for better value for money, research by Travelzoo has found.

They are also looking for the lowest-cost flights they can find, including flying at inhospitable hours, to ensure they have more money to spend once they arrive at their destination.

The survey of more than 1,600 UK travellers found that 86 per cent were actively seeking deals to make their money go further, while over half of holidaymakers said they were likely to book an all-inclusive package in the next year, particularly those with children.

These trends come at a time when the continued low value of the pound against many currencies and awareness of the possible impact of Brexit are at the forefront of customers’ minds; only one in five travellers said that they expected the UK economy to do well this year.

However, over half of those surveyed said that they believed their own financial situation would be fine, with one in two also saying that they would be likely to spend more in the destination if they got a good deal on the trip.

Commenting on the findings, James Clarke, general manager of Travelzoo UK, said: “While Brexit continues to cause uncertainty, it’s encouraging to see that Brits are still looking to travel in 2019.

“Although many holidaymakers are looking for better-value deals by booking earlier, or sacrificing convenience for cost, they are still willing to spend abroad to make the most of their time.”

Croatia and Iceland topped the list of newer destinations that holidaymakers most want discover this year, proving the Game of Thrones effect is still alive and well.

At the same time, lastminute.com has revealed that bookings to key European destinations are still on the rise, well beyond the March 29th deadline for Brexit.

Reservation data shows that year on year booking figures reveal an increase of almost 35 per cent of people travelling to Spain between April–December, compared to 2018 figures.

Similarly, Portugal shows an increase of 31 per cent and Greece 55 per cent, in bookings made and departure dates post Brexit.

Additional research by lastminute.com backs up the booking trends, with two thirds of consumers saying they still feel connected to Europe when it comes to holidays, with previous visits and familiarity of the EU countries (64 per cent) being the main reason for trips there.

Commenting on this research Marco Corradino, chief executive of lastminute.com, said: “We must come to terms with the Brexit-effect on travel but the positive signs we’re seeing from our booking data shows that the appetite for travel in 2019 remains strong – to both EU and non-EU destinations.

“The reality is, we can’t predict what will happen with Brexit, but one thing that hasn’t changed is that people want inspirational travel ideas and great deals.”