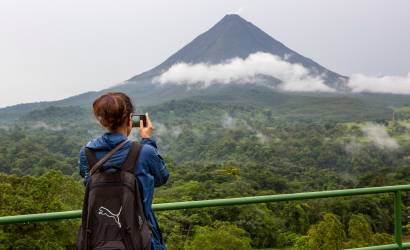 The Intrepid Group has chosen Costa Rica as the location for its Central America operations base with the aim of growing sustainable tourism beyond its borders.

The new office will be the base for 12 operations staff and 70 tour leaders, with a further four operations staff to be based in a satellite office in Mexico City, which is currently the main point of arrival in Central America for more than 40 per cent of travellers on Intrepid Group trips.

While Mexico is one of the world’s top ten tourism destinations, the carbon-neutral travel company chose Costa Rica’s capital as its Central America hub to capitalise on the country’s extensive ecotourism experience and commitment to the environment.

Last year Costa Rica produced 98 per cent of its electricity without fossil fuels.

It was an easy choice of location for the company’s Central America base, said Thornton: “Costa Rica has been a guiding light for ecotourism in Central America and that experience is more important now than it’s ever been.

“There is a huge appetite for sustainable travel globally and enormous potential to develop product from Costa Rica throughout Central America.”

The new destination management company, Peak Central America, will operate tours in all eight countries in the region as well as running multi-country, cross-border itineraries.

The diverse range of experiences on offer includes coffee harvesting in the Guatemalan highlands, spending the night in a Mayan village homestay and canyoneering down Costa Rica’s Rio Naranjo for brands including Intrepid Travel, Peregrine Adventures and Geckos Adventures.