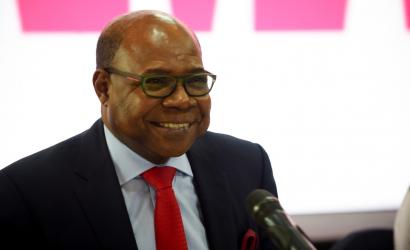 With a record-breaking 4.31 million travellers visiting Jamaica in 2018, the island nation’s tourism industry is poised to boost its rate of growth by expanding investments in small- and medium-sized tourism enterprises.

That is according to tourism minister, Edmund Bartlett.

Speaking at the Caribbean Travel Marketplace earlier, he explained more than 80 per cent of tourism in Jamaica is driven by small- and medium-sized businesses.

He added: “Increasing investment in national economies and its citizens will only result in having greater resources to provide an enhanced visitor experience.

“Here in Jamaica, it is through a broad range of strategies spanning education, specialized training, and credit financing that is enabling us to professionalise Jamaica’s tourism industry, so more of our citizens can be on par with travel professionals around the world.”

More than small- and medium-sized tourism enterprises convened at the Montego Bay Convention Centre to participate in discussions led by an impressive roster of local and international speakers.

“Today, we recharged the dialogue on how to rebalance that anomaly and to back good ideas with investment capital.

Recently, the Jamaica ministry of tourism has directed nearly J$1Billion into the Export–Import Bank of the United States for lending at a rate of four-and-a-half percent to Jamaica’s small- and medium-sized tourism enterprises, which has generated an overwhelming response from local small business owners.

“To date some J$950 million has been lent to more than 70 entities and they are also making repayments with interest.

“By April, J$132 million in interest would have been repaid,” Bartlett said.

In addition, the Organisation of American States committed a total of US$500,000 to build the resilience of small- and medium-sized tourism enterprises to natural disasters and disruptions to tourism.

The project, which is being executed over two years, is funded by the United States Department of State and managed by the OAS Secretariat for Integral Development.