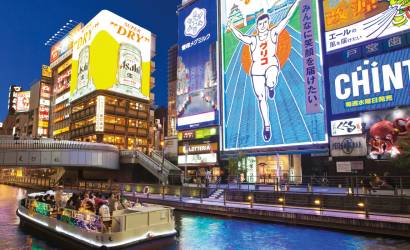 Japan National Tourism Organisation has welcomed news that British Airways will launch a direct flight between London and Osaka early next year ahead of the Japan Rugby World Cup.

Operations on the new route will commence on March 31st, departing from Heathrow Terminal 5 and landing into Osaka’s Kansai International Airport.

With four flights per week, the service will increase the daily number of flights between London and Japan offered by British Airways and joint partner Japan Airlines to 32 per week.

A direct flight from London to Osaka now makes it even easier for incentives to experience both the modern capital of Tokyo and the traditional capital of Kyoto, with direct flights in and out of these cities available.

Japan National Tourism Organisation is a public body of the the country government which promotes the destination as a leisure and business opportunity with the aims of encouraging international visitors to delve deeper into local culture.