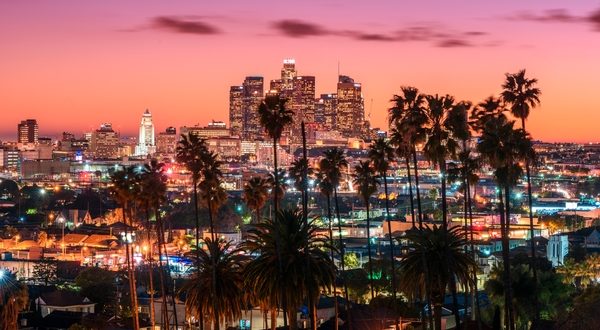 Tourism in Los Angeles broke numerous records in 2017 including generating an all-time high $22.7 billion for the city’s economy.

When including induced and indirect financial benefits, that figure jumps to $34.9 billion, according to a statement released by the Los Angeles Tourism & Convention Board.

The announcement comes amid National Travel & Tourism Week, an annual event established by Congress and organized by the U.S. Travel Association to celebrate the power of travel.

Tourism in Los Angeles supported 523,800 jobs in L.A. County’s leisure and hospitality sector, one of the area’s largest and strongest economic sectors, employing 1 in every 8.5 workers.

In addition, the tourism industry contributed to the second largest addition of new jobs last year across all industry sectors with 13,900.

“We’re breaking tourism records year after year, because Los Angeles has always been a place that welcomes the world,” Mayor Eric Garcetti said in a statement. “This National Travel and Tourism Week, I’m proud to celebrate our thriving tourism industry as an economic engine that drives L.A. forward. And with upcoming attractions like the Lucas Museum and the 2028 Olympic Games, our incredible story is just beginning.”

Direct visitor spend in 2017 was $800 million higher than 2016’s total, an increase of 3.9 percent. Tourism contributed $2.74 billion in state and local tax revenues last year. Without tourism, every household in L.A. County would pay an additional $837 in taxes.

“Tourism in Los Angeles continues to thrive. A shining light for our local economy, the industry supports half-a-million jobs while producing significant revenue for vital public services and sparking investments in local infrastructure,” Councilman Joe Buscaino, chairman of L.A. City Council’s Trade, Travel and Tourism Committee, said in a statement. “Angelenos should be incredibly proud our city continues to be a desired destination for millions of travelers from around the globe.”

The city has established a goal of attracting 50 million visitors by 2020.