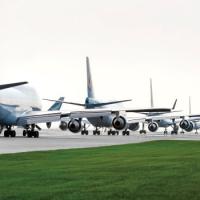 BOSTON – OAG, the global leader in flight information, has released its latest report, OAG Busiest Routes, which ranks the world’s busiest international routes for operating flight volume. The data highlights key characteristics for each route, including size, growth rates, market share, the type of aircraft and on-time performance (OTP) of carriers that service each route, and how passengers use each route for subsequent connections. The results are pulled from aviation data between March 1, 2017 and February 28, 2018.

The busiest route in North America is from LaGuardia (LGA) to Toronto (YYZ) airport, which operated 16,956 scheduled flights between March 2017 and February 2018. Air Canada is the fastest growing airline on this route and holds the largest market share between the two connection points. The combined OTP of all carriers serving the route from LGA to YYZ is 51 percent – a low average, likely resulting from a combination of the tough winter climates in New York and Toronto, and the combined congestion at the two airports.

New York is the final destination of 71 percent of passengers traveling from Toronto to LaGuardia airport, whereas 29 percent of passengers connected through LGA to reach other cities. The top five connecting points from LGA include Richmond (RIC), Charlotte (CLT), Raleigh-Durham (RDU), Virginia (ORF) and Palm Beach International (PBI) airports.

The trip between John F. Kennedy (JFK) airport and London Heathrow (LHR) is the second most popular route from the United States, with 13,888 flights serviced over the 12-month period. American Airlines is the most punctual airline on this route, with 77.9 percent OTP, whereas British Airways, which has the largest market share on this route, recorded the least punctual OTP of 72.5 percent – a figure still well above average OTP measurements.

“These airline routes are among the most competitive in the world. Given the demand, frequency and consumer choice on these routes, airlines are investing heavily to maximize capacity, profitability and market share,” said John Grant, senior analyst with OAG. “Frequency, OTP, connectivity and the in-flight experience all play a critical role in the battle to lead these markets.”

Lagos, Nigeria (LOS) and Delhi, India (DEL) are the top forwarding destinations from LHR for those traveling from JFK. In the other direction, New York is the final destination for 61 percent of passengers that travel from London, while 39 percent of travelers connect through JFK airport to other cities. Orlando (MCO), Raleigh-Durham (RDU), San Juan (SJU), Los Angeles (LAX) and San Francisco (SFO) are the top five destinations for those connecting through JFK from LHR.

Travel from Chicago O’Hare (ORD) to Toronto (YYZ) placed 20th on the list of busiest routes, servicing 13,100 flights over the 12 months. United Airlines is the most punctual airline on this route with an OTP rate of 72.0 percent. San Francisco (SFO) and Phoenix (PHX) are the most popular forwarding destinations from O’Hare for those traveling through Chicago (ORD) from Toronto (YYZ).

Los Angeles (LAX), New York (JFK), and San Francisco (SFO) are the top forwarding destinations for those traveling from Hong Kong (HKG) through Taipei (TPE) to the United States. Los Angeles is also the third top forwarding destination for those connecting through Shanghai (PVG) from Hong Kong (HKG). “There’s no big surprise here, as connections to North America through Taipei are driven by sharp pricing from airlines that see Hong Kong as one of the markets where they can stimulate demand,” added Grant.

Asia remains home to most of the busiest international routes, with 14 of the top 20 routes operating to and from destinations in this region. Five of the top 20 routes depart from Hong Kong (HKG), with service to Taipei (TPE), Shanghai (PVG), Seoul Incheon (ICN), Singapore (SIN) and Beijing (PEK). The route from Kuala Lumpur (KUI) to Singapore (SIN) is the busiest route in the world, with service of 30,537 flights during the designated period, followed closely behind by the trip from Hong Kong (HKG) to Taipei (TPE).

To qualify for the on-time performance measurement in this analysis, the OAG schedules data base must have flight status data for at least 80 percent of all recorded flights for an airline or airport. On-time performance (OTP) is defined as flights that arrive or depart in under 15 minutes of their scheduled arrival/departure times. Cancelations are also included.