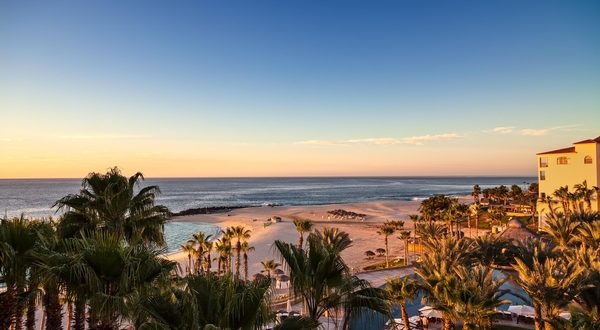 Los Cabos is Safer Than Ever

Cabo San Lucas is a destination that takes safety and security very seriously.

Rodrigo Esponda, managing director of the Los Cabos Tourism Board, wants to make sure consumers and trade professionals far and wide understand that message.

“We have a comprehensive plan to make sure Los Cabos remains a safe place to visit,” Esponda said during an in-depth interview with TravelPulse. “We understand there are many concerns when people travel. Los Cabos is a beautiful place with desert, mountains and the ocean. The value of the product we have is superior to many other places. But we must make sure Los Cabos is a safe place to keep visiting, as it has been.”

To that end, there are numerous initiatives and investments unfolding in Los Cabos to substantially enhance the security of one of Mexico’s most popular and well-known resort cities.

Most notably, that effort has included a five-point action plan launched in 2017 that has been almost entirely implemented.

As part of the plan, the Marines, Mexico’s elite force, took command of the state and municipal police in Los Cabos in November and are leading a cohesive security program.

In addition, the first phase of a new Marine base that will serve as a mission control center is slated to be complete in April.

“We realized we needed to have a state of the art marine headquarters in Los Cabos,” said Esponda. “The Marines need an elite base where they manage security. So it’s been done with private funding and in April the first stage will be finished. Work will continue until the end of the year when it will be completely finished.”

Los Cabos has also activated 200 new police personnel, who were trained and evaluated at a police academy in Mexico City.

At the same time, the Mexican Navy and The Los Cabos Hotel Association have created an anonymous Citizen Crime Report to encourage information sharing with authorities.

Rodrigo also described a new surveillance system effort that involved installation of more than 200 cameras, which the Marines use for monitoring and reacting to crime.

“These cameras are at different hotels and private businesses. There are cameras facing the façade of properties or the street and also the beach. They have all been connected to the same network,” Esponda explained.

As a result of all of these efforts and more, there has been a 90 percent drop in crime to date in 2018, according to the tourism board.

“This is a comprehensive plan. We have been working with three levels of authorities – municipal, state and federal. And the private sector is very, very involved,” Esponda continued. “Everybody is cohesively working toward improving the situation and its having a good result.”

In tandem with the destination witnessing a drop in crime figures, there’s been an upward trend in arrivals.

Los Cabos’ tourism industry is growing at double the pace of Mexico’s. In 2017, international tourist arrivals were up by more than 16 percent. And there has been double-digit growth in the number of visitors during the first three months of 2018 when compared to the same time last year, according to Esponda. International arrivals increased 22 percent in January and 17 percent in February when compared to the same period in 2017.

Montage Los Cabos, meanwhile, is expected to open in May in the Twin Dolphin master community.

Also debuting soon as a Preferred Hotels & Resorts member is the Garza Blanca Resort & Spa Los Cabos. The property’s opening is set for July. It will be located in the hotel corridor between Cabo San Lucas and San Jose del Cabo.

Additionally, the Four Seasons will open its third hotel in Mexico in 2018 with the debut of Four Seasons Resort Los Cabos at Costa Palmas.

“All of these hotel openings are completely connected to the increased security,” Esponda said. “It gives confidence to investors who come to Los Cabos to keep investing here.”