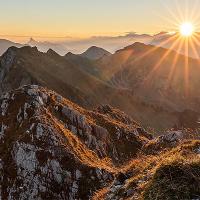 New study reveals Colorado, Virginia, and Arizona top the US in vacation days

WASHINGTON – Colorado, Virginia, and Arizona lead the country in vacation days used, according to new research from Project: Time Off, while residents of Montana, Delaware, and Rhode Island are at the bottom of the pack.

Last year, Americans used 17.2 vacation days, the most since 2010. Despite this marked improvement, 52 percent of employees reported leaving vacation days unused at the end of the year. The new report, Under-Vacationed America: A State-by-State Look at Time Off and Travel, provides a look at vacation behavior in all 50 states.

Virginia takes the top spot when it comes to vacation days spent traveling. Virginians spend 12.2 of the vacation days they take traveling, significantly higher than the American average of eight days. Colorado (11.7 days) and New Jersey (11.1 days) round out the top three.

“Not all days off have equal benefit,” said Project: Time Off Vice President Katie Denis. “Our studies have shown that employees who use their vacation days for travel are significantly happier than the ones who spend their days off close to home, and that holds true at the state level too.”

In South Dakota, where employees use a national low of 4.3 of their vacation days traveling, just 20 percent of workers report being happy with their health and well-being. That number is almost 30 points below the national average of 49 percent. Missouri (5.2 days) and Iowa (5.4 days) round out the bottom three.

When Americans do get out of the office, employees in Indiana and Michigan are most likely to leave their work behind. Hoosiers and Michiganders take the claim of most unplugged states, with 60 and 52 percent of employees, respectively, saying they do not check in while on vacation. Compare that to Washington, D.C., where just 13 percent of employees unplug, half as many as Virginia, which is second from the bottom at 26 percent, followed by Nebraska (27%) and Connecticut (27%) not far behind.

“Whether they choose snow or sand, disconnecting or checking in, lush hotels or log cabins, Americans who spend their vacation days traveling are more likely to get the greatest benefit from their time off,” Denis added.