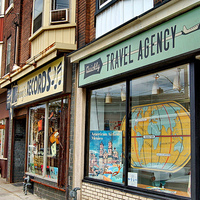 NEW YORK – TravelClick, a global provider of innovative, cloud-based and data-driven solutions designed for hoteliers to maximize revenue and profits, and Phoenix Marketing International, a market research firm, recently concluded a study of more than 900 travel agents who are located throughout 52 countries. This study revealed that travel agents are continuing to report a record use of Global Distribution Systems (GDS) to make hotel reservations.

Coinciding with TravelClick’s data projections for 2017, the study also indicates that it will be a record year for GDS hotel bookings. In fact, the data forecasts that GDS hotel booking growth will surpass 68 million reservations this year – an increase of over 2 million hotel bookings that were generated in 2016. The 2017 Global Travel Agent GDS study surveyed travel agents worldwide who use Amadeus, Sabre and Travelport.

Advertising on the GDS continues to prove its worth for global hoteliers
Half of global travel agents who were surveyed (50 percent) reported they are using the GDS more often compared to two years ago. Additionally:

“It’s clear from both the research and our data that global travel agents rely on the GDS as an essential operating system for conducting hotel research and booking reservations,” said John Hach, senior industry analyst, TravelClick. “This study is also consistent with our business intelligence data, which shows that GDS hotel bookings and average daily rates (ADR) that are generated through travel agents are on the rise. All of this further proves that hoteliers have ample opportunity to generate incremental revenue and maximize revenue per available room (RevPAR) through the power of the GDS.”

As travel habits evolve, so do amenities and value-added inclusions
Globally, amenities continue to serve as a driving force in travel agents’ booking behaviors, although these amenities are changing due to evolving travel habits, particularly among millennials. According to travel agents surveyed who indicated amenities and offers that are geared toward the traveler are appealing, the most appealing amenities include swimming pools, free parking, airport shuttles or transfers, hotel gyms and early check-in/late check-out (note: complimentary breakfast and Internet were excluded from this year’s study to get a sense of which other amenities travelers find important).

Travel agents remain loyal to properties that are listed on the GDS
Despite the upsurge and subsequent rapid growth of Airbnb among consumers, travel agents have not overwhelmingly embraced on-demand/sharing economy sites in the same way, with 46 percent of travel agents who were surveyed saying they are booking alternative lodgings less often, as they are not bookable on GDS.

“Travel agents cited a strong preference to book lodging directly through the GDS systems and not on Airbnb or other alternative lodging websites,” added Hach. “Keeping this in mind, hoteliers have access to a proven and growing hotel booking audience to help them effectively compete within the sharing economy.”