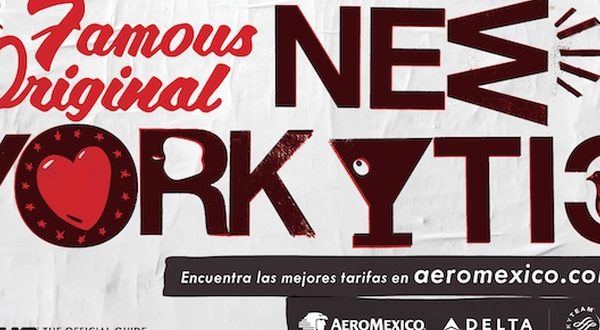 NYC & Company has launched a campaign that will encourage visitors from around the globe to make a deeper connection with New York City and discover its true culture.

The “True York City” campaign has been introduced in 17 countries as well as the U.S. Advertisements and promotion is now live, with more unique and creative elements of the effort are set to debut in the coming year.

The idea behind the campaign is to showcase New York’s iconic attractions while also highlighting some if its lesser-knew aspects that can be found solely in the city.

“As the safest and most dynamic big city in America, we have endless cultural offerings that continue to make the five boroughs a global draw for tourists. But now with ‘True York City,’ we can give those travelers an even more genuine, bona fide New York City experience while helping our businesses and communities thrive at the same time,” de Blasio added.

The campaign is one of the most expansive efforts that the city has undertaken to date and leverages partnerships around the world through this fall and into the spring. It showcases how much tourism means to the city, which has been welcoming a record number of visitors recently.

“Over the last decade, New York City has grown into one of the world’s most exciting and popular destinations, as evidenced by our record number of tourism-related jobs, almost double the number of international visitors and unprecedented economic impact, now the largest in the U.S. But we ask ourselves, where do we go from here?” said Fred Dixon, president and CEO of NYC & Company.

“The answer is we go deeper by enticing tourists to become travelers,” Dixon continued.

“With ‘True York City,’ we celebrate the fact that we are the world’s greatest creator and exporter of culture, and invite travelers who seek authentic experiences and appreciate the ‘local,’ from arts, design and retail to culture and cuisine. These travelers tend to stay longer and return often to explore both our iconic sights and our neighborhood gems—likely to be small businesses, locally owned and operated. The more integrated into the local culture the visitor becomes, the more positive the impact on the City and its residents.”

The campaign introduces the “Famous Original New York City” slogan and incorporates the Big Apple into campaign artwork as well as the iconic “I Love NY” logo and the hashtag #TrueYorkCity.

In line with its tourism boom and a new campaign sure to drive more visitors to the city is a robust hotel development pipeline as well as more accessible options for visitors with disabilities.

New York truly is ready to roll out the welcome mat to the world.