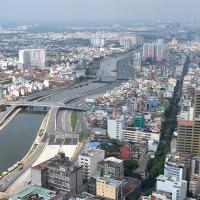 NEW YORK – Leading online travel agency, OneTravel, has released a summary of key travel trends, showcasing findings that occurred within the industry this past year, as well as a look at what’s on the horizon in 2018.

From the most expensive months to book airline tickets to the most popular destinations, key takeaways from 2017 include:

“After the record-breaking cold that hit the northern U.S. at the beginning of January, we saw a spike in bookings to warm weather destinations,” said Sanjay Hathiramani, Global SVP of Supplier Relations at OneTravel. “Our early data indicates that travelers will continue to head south in February and March as well.”

Florida dominates the list of most popular destinations in the U.S. with five cities in the top ten. Other warm weather destinations such as Los Angeles, Las Vegas, and Phoenix also made the list.

Along with these top destinations for the first quarter, OneTravel’s data also revealed a few international cities that should expect to see more visitors this year than last. Vietnam’s Ho Chi Minh City moved up three rankings since last year, making it the second most popular international destination.

“OneTravel’s top five destinations, both internationally and domestically, typically remain fairly consistent, so this is a notable step up for Vietnam,” added Hathiramani. “Several other cities that travelers should keep an eye on in 2018 are Guangzhou, Dublin, and Auckland, as they also made significant jumps in the rankings.”

OneTravel’s Top International Destinations on the Rise in 2018(5)