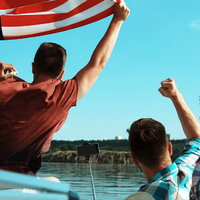 “As the last holiday weekend of the season, Americans are looking to end their summers with a fun and stress-free vacation,” says RewardExpert CEO and co-founder Roman Shteyn. “Being mindful of the carrier you’re flying with and the dates you choose to travel can help you and your family avoid potential delays during your holiday trip.”

Key findings of the 2017 Labor Day Air Travel Forecast are:

“Time is money, and nobody wants to waste it at the gate if they don’t have to,” says Shteyn. “A look at the track record of major airports and carriers keeps travelers informed and prepared ahead of their trip.”