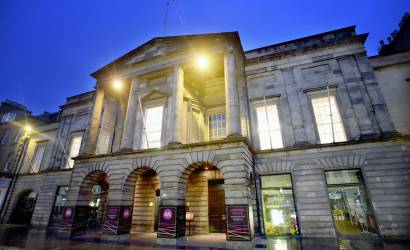 The Association of Scottish Visitor Attractions has announced that visits to its member sites rose dramatically in 2017, the fourth year running that an increase in numbers has been recorded.

Analysis of statistics submitted by 232 of the organisation’s member sites for its annual ‘Visitor Trends Report’ confirms that over 30 million visits were made to those sites in Scotland in 2017, a rise of 9.7 per cent over 2016 figures.

The two top sites – The National Museum of Scotland and Edinburgh Castle – each attracted more than two million visits, the first time that any visitor attraction in Scotland has surpassed the milestone.

Overall, 77 per cent of attractions reported an increase over 2016 figures.

Gordon Rintoul, director of National Museums Scotland said: “It is terrific news that the latest ASVA visitor figures have confirmed that the National Museum of Scotland is again the most popular visitor attraction in Scotland.

“In 2017 we welcomed almost 2.2 million visitors – the first time we have attracted over two million in a calendar year.

“We also recorded the highest ever visitor numbers across all our sites with over 3.1 million visits.”

ASVA, which represents the interests of the key visitor attractions sector in Scotland, has over 450 members comprising some of Scotland’s most popular and iconic castles, galleries, museums, historic houses, heritage sites, wildlife parks, gardens and leisure attractions.

Edinburgh continued to dominate the marketplace, with 11 of the top 20 attractions located in the city.

The National Museum of Scotland welcomed the most visitors over this period, while Edinburgh Castle retained its status as the most popular ‘paid’ attraction.

Previous Levi to head up tourism portfolio at Empire State Development
Next East Coast vs. West Coast: Where Americans are traveling in 2018