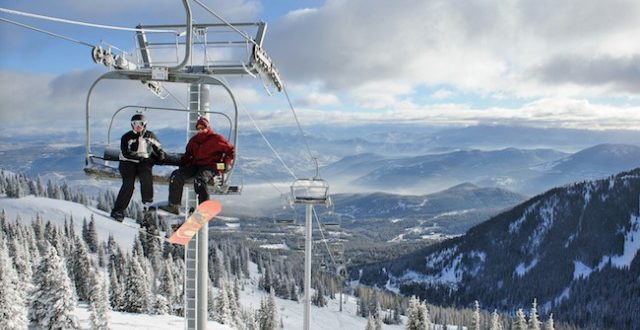 “Fight the Man. Own the Mountain” is the slogan for the campaign, which aims to raise $10 million.

The campaign, launched on Start Engine this week, has already raised more than $1.78 million in non-binding pledges from nearly 500 donors. People indicating they’d like to invest will be asked to formally join during Phase 2 of the campaign, in about four months.

“There will certainly be some dilution,” he admitted. “But this is different. We’re a 67-year-old iconic company…. I’ve been surprised so many of our customers, who love the resort, look at this as an exciting opportunity to own a piece of the resort we love.”

Katkov and his partners are asking for expressions of interest from $1,000 to $25,000, offering incentives for each level of equity investment. The mountain plans to use the money for building new and remodelling existing facilities, adding runs, extending a chair lift and building summer-use trails.

“We will continue to invest with or without this campaign,” says Katkov, pointing to a new hotel being built this year as an example of the mountain’s continuing growth.

If the crowdfunding effort fails to attract enough interest, the resort owners simply won’t go to Phase 2 of the campaign, Katkov says.

“But this isn’t a do-or-die proposition for the hill,” he says. It’s something I’m testing, a very modern and relevant way to approach our community.”

Red Mountain bills itself as the oldest ski resort in Western Canada. Recreational skiing began more than a century ago, when Rossland was first settled. It became a community-owned facility in 1947, until sold to private ownership in 1986. Katkov’s group bought the resort in 2004.

The resort now has five mountains, seven lifts with 110 runs, with 890 metres of vertical drop. In 2013, the New York Times listed it as one of the top 10 places to visit in the world.

Previous How Smart Hotels Use Messaging to Connect With Guests
Next Be a mule, but in a good way: Grabr connects travellers, goods and extra luggage space