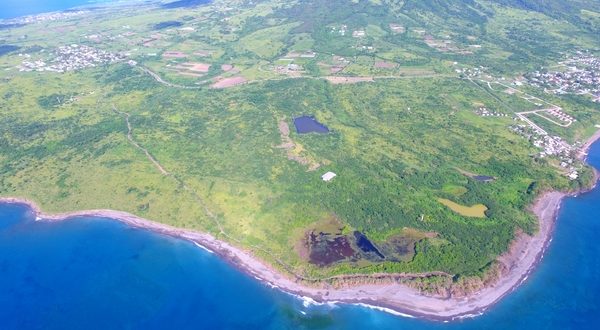 The St. Kitts Tourism Authority and Ministry of Tourism recently announced that St. Kitts has made cruise history.

The island received its one millionth cruise passenger, reaching the key number of arrivals that gives the island marquee port status for the first time in its history.

St. Kitts reached the one million cruise passenger mark this morning with the arrival of guests from Royal Caribbean International’s Freedom of the Seas. The ship, which has a capacity of 3,782 guests at double occupancy, docked at the island’s Port Zante cruise pier at 8 a.m.

So far this season, the Royal Caribbean Cruises Ltd. cruise lines, Royal Caribbean International, Celebrity Cruises and Azamara Club Cruises, have made a total of 102 port calls to St. Kitts, bringing more than 350,000 cruise visitors to the island.

Including calls from all international cruise lines over the nine-month period from October 2017-June 2018, the total number of cruise ship calls into St. Kitts grew from 358 to 486 as compared to the same period from 2016-2017, an increase of over 35 percent.

While the destination continues to see an influx of cruise passengers, it is also well positioned to see an annual increase in land arrivals for years to come.

And the reason is all of the new, luxury product St. Kitts has unveiled recently, as well as the big luxury brands that are expected to expand to the destination in the future.

Perhaps the most buzzed-about-property on the island is the recently-opened Park Hyatt St. Kitts, which welcomed its first guests in November of 2017.

That opening followed the debut of the rustic, luxury resort, Belle Mont Farm, which opened in 2015.

As far as future developments go, the Ritz-Carlton Hotel Company, L.L.C. has signed a management agreement with The Liamuiga Corporation to open a Ritz-Carlton resort in St. Kitts. Expected in 2021, this is the first time the award-winning luxury brand will be coming to the Eastern Caribbean island.

Also, Six Senses Hotels Resorts Spas announced in March its intention to expand to St. Kitts by 2021. The resort is set on the site of a former sugar cane plantation with gentle hills rolling down to a long stretch of sandy beach fronting the Caribbean Sea. All of Six Senses’ projected 70 pool villas will have sea views.