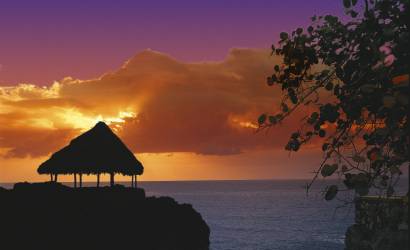 Preliminary airport arrivals stood at 34,081, an increase of 12.8 per cent over the corresponding festive period in 2017.

Estimated gross earnings stood at US$51 million, which represents a 17.1 per cent increase over last year.

“This is excellent news and shows the strength of Jamaica’s tourism product.

“We expected a record season and the numbers highlight this fact.

“Arrivals from our source markets have been growing apace and we have been strategically engaging new and emerging markets to add to this growth,” said Bartlett.

Thousands of additional airline seats were negotiated for the 2018-2019 high season in December, out of North America, Canada, the UK and Northern Europe.

In addition, several new flights made their landing at the Sangster International Airport out of Eastern Europe, including Eurowings, Pegas Fly and Nordwind, as well as Canadian airlines Westjet, Sunwing and Swoop.

At the same time, Copa Airlines increased to daily its service between Panama City, its main hub, and Montego Bay.

“Airlift remains a key strategy in achieving our growth targets of five million visitors and US5billion by 2021 and the numbers show that we are well on our way to meeting these targets,” added Bartlett.