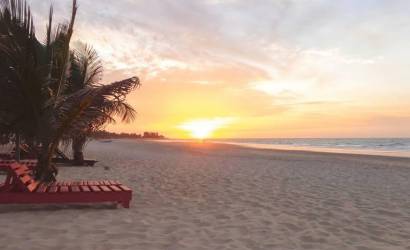 TAP Air Portugal takes off for Banjul, the Gambia

TAP Air Portugal has launched flights to Banjul, capital of the Gambia.

A regular operation is now offering three flights a week, departing from Lisbon.

Flights between Lisbon and Banjul are being operated by Airbus A320.

The service departs on Tuesdays, Thursdays and Saturdays at 20:55 and arrives in Banjul at 00:10 the next day.

The return leg departs at 01:05 on Wednesday, Fridays and Sundays, to land at Humberto Delgado Airport at 06:05.

The beach, nature and adventure are Banjul’s hallmarks that give the African city life: the colourful and lively markets contrast with the white sand of the beaches and the lush green nature that characterizes Banjul.

On a cruise across the Gambia River, you can see hippos, monkeys and more than 500 bird species.

With this new route, TAP has once again expanded its operation to Africa, adding one more country and one capital to its network of destinations on the African continent.

In 2018, TAP carried more than 1.1 million passengers on African routes, a growth of 11.3 per cent over the previous year.

TAP Air Portugal is considered the World’s Leading Airline to Africa by voters at the World Travel Awards.