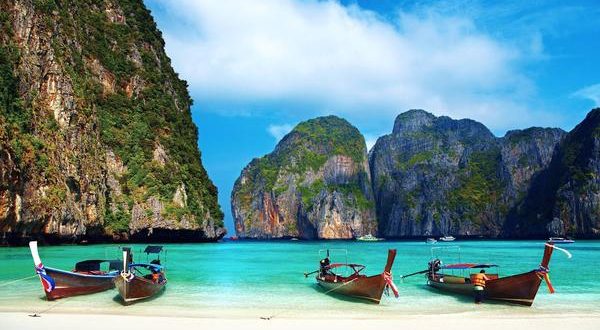 Thailand has found it necessary to postpone its previously planned October reopening of Bangkok and a few other major tourism areas to international travelers until November.

As recently as early September, the Thai government was planning on opening its capital city and a few other key destinations—namely, Hua Hin, Pattaya and Chiang Mai—to foreign tourists on October 1 under a special program.

But, the nation has fallen short of intended vaccination targets. “Cities we’ve targeted have not reached 70 percent vaccination rates and so we have to push out the date to November,” Tourism Authority of Thailand (TAT) Governor Yuthasak Supasorn told Reuters on Wednesday. For instance, only 44 percent of Bangkok’s population has received both doses of an approved COVID-19 vaccine thus far, according to government data.

At the start of summer, The Southeast Asian country had anticipated being able to inoculate 50 million of its people with at least their first COVID-19 shot by early October. Yet, while it serves as a production hub for the AstraZeneca vaccine, Thailand has struggled to make headway in terms of its own vaccine rollout. At this point, less than 23 percent of the country’s estimated 72 million residents are fully vaccinated, Johns Hopkins data shows.

Back on July 1, Thailand’s resort island of Phuket began granting quarantine-free entry to fully vaccinated travelers from pre-approved countries (including the U.S.) in a sort of pilot program for tourism reactivation. To enable the reopening, 70 percent of the local population was required to have been fully vaccinated by the launch date.

On July 15, this so-called “sandbox” scheme was quietly expanded to Koh Samui, where vaccinated foreign visitors are required to stay at an approved hotel on the island before being allowed to leave their accommodation on Day Four. After their first week, tourists are also permitted to venture over to the neighboring islands of Koh Tao or Koh Phangan.

The objective is to replicate these strategic reopenings in other key locations to jumpstart Thailand’s crucial tourism sector to foreign travel. In pre-pandemic 2019, Thailand saw more than one-fifth of its gross domestic product supplied by the sector, with 40 million arrivals seen that year. This year, it’s aiming to attract a mere one million international visitors.