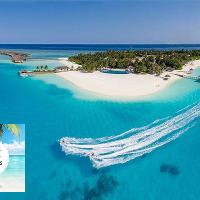 The Maldives announces an increase of 9.3% in UK visitor numbers

The Maldives has announced a 9.3% year-on-year increase on the number of UK travellers who visited the country in February 2018, welcoming a total of 11,362 tourists from the UK, compared with 10,395 who visited during February 2017.

Furthermore, 20,804 UK travellers visited the Maldives during the first two months of 2018, representing a 9.4% growth in numbers when compared with the same period of 2017, during which the Maldives welcomed 19,025 UK travellers.

Worldwide visitor arrivals also saw a 19.2% year-on-year increase in February, with a total of 144,286 global travellers visiting the Maldives.

Speaking about the announcement, Mr Mohamed Haris, Managing Director of Maldives Marketing and PR Corporation (MMPRC), said, “The UK is one of the Maldives’ most important long-haul inbound markets, representing over 7% of total visitors so we are very pleased to once again see an increase in the number of travellers from the United Kingdom. With several new tourism developments taking place in the Maldives this year, including a new runway and terminal being built at Velana International Airport and 23 new resorts scheduled to open by 2019, our tourism infrastructure is continuing to expand which will provide visitors with even more choice when visiting the Maldives.”

The Maldives was presented with a host of impressive travel industry awards in 2017, confirming its status as one of the most desirable tourist destinations in the world. Hotels and resorts in the Maldives have also recently received recognition for excellence, including Kurumba, which was named the number one ‘All-Inclusive Resort in Asia’ by the reviewers of TripAdvisor’s Travellers’ Choice Awards 2018.